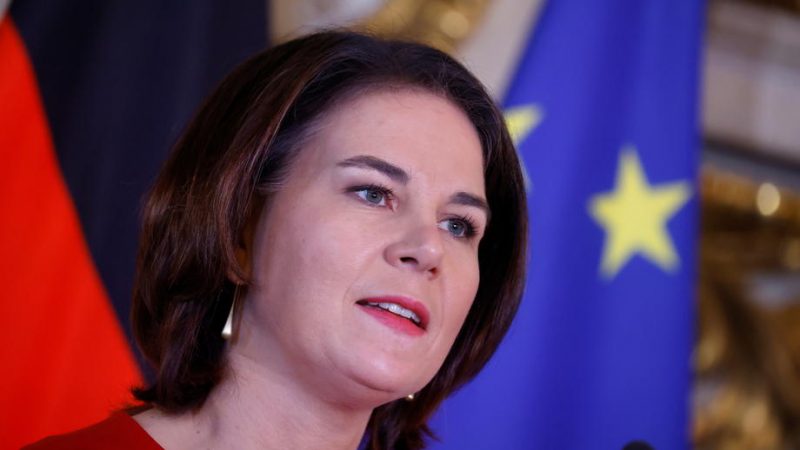 Germany’s new foreign minister and Green party co-leader Annalena Baerbock has called for sanctions to be applied to Republika Srpska leader Milorad Dodik after she participated in her first EU Foreign Affairs Council on Monday.

“Efforts to break away are unacceptable, and this means, too – and I have lobbied for this here – that the existing sanctions regime should also be used against Mr. Dodik now,” Baerbock told reporters after meeting her EU counterparts in Brussels.

However, Croatian Foreign Minister Gordan Grlić Radman has expressed doubts about whether there will be unanimity in the Council to agree on sanctions against Dodik.

“If foreign countries impose sanctions or stop investments in BiH’s Republika Srpska (RS, Serb entity) over its initiative to unilaterally withdraw from state institutions, the RS is prepared to respond with countermeasures. Maybe some will try to make fun of what I’m saying, but RS is not without countermeasures either. If Germany imposes sanctions, we will retaliate,” said Dodik.

Croatian Prime Minister Andrej Plenković, who was on a visit to Sarajevo, said the crisis in BiH should be solved through talks and agreements based on the Dayton Peace Agreement which, he added, would defuse tensions and ensure equal rights for all its inhabitants.

According to him, Croatia would like electoral law changes to satisfy all three constituent peoples and for Croats to be considered equal.

If such changes were made, Plenković said that the relations within the Federation BiH (Bosniak and Croat entity) would relax and “the gentlemen’s agreement between Bosniaks and Croats” would contribute to better relations with the Serbs and the functioning of government bodies.

At the end of his visit, Plenković, also president of the Croatian HDZ party (EPP), met with Dragan Čović, leader of the biggest Croat party HDZ BiH,  in Mostar. Čović came under strong international criticism after he voted with Dodik’s party, SNSD, to abolish the law banning genocide denial and war crimes.

Plenković’s visit can be seen as an exercise in damage control following Čović’s remarks, and particularly as France has said Croatia will be its partner in the Western Balkans.