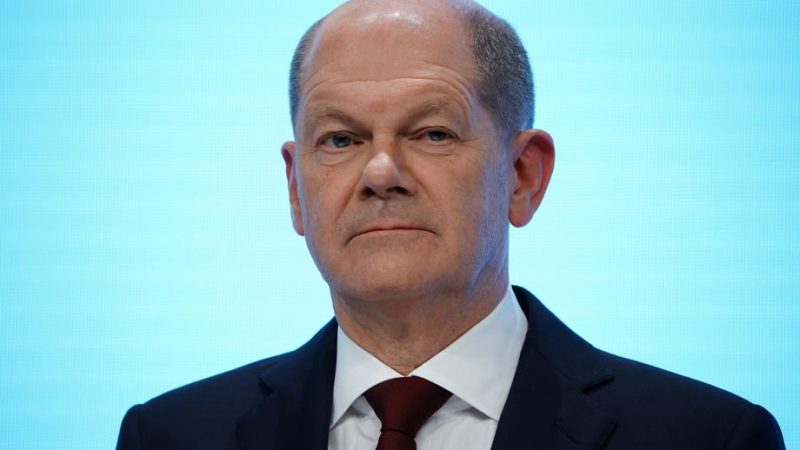 “My suggestion is yes, that the time by which then everyone and anyone has been vaccinated is also not too far away, so my suggestion: early February or early March,” he told Bild. [EPA-EFE/CLEMENS BILAN]

With Germany in the midst of the fourth pandemic wave, Olaf Scholz, who is set to take over as chancellor next week, has made a case for making the COVID-19 jab mandatory for everyone.

“My suggestion is yes, that the time by which everyone and anyone has been vaccinated is also not too far away, so my suggestion: early February or early March,” he told Bild.

He noted that the decision to implement mandatory vaccination would lie with the German parliament, where his “traffic light” coalition of social democrat SPD, the Greens and the liberal FDP currently hold a majority.

Unlike regular government work, where lawmakers are expected to follow party lines, a so-called informal “vote of conscience” would be called.

An important forum which will discuss the issue will be held on 9 December, bringing together the caretaker Chancellor Angela Merkel and the minister-presidents of the German states.

To achieve this goal, “the circle of those who are allowed to carry out vaccinations should be significantly expanded,” he added. Dentists and pharmacists would then be allowed to administer doses of the COVID-19 vaccine.