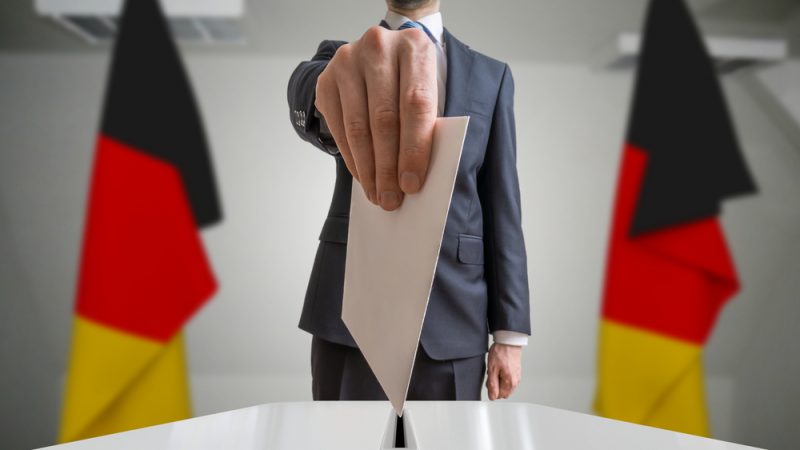 As Angela Merkel’s 16-year reign as Chancellor is coming to an end, EU lawmakers are eager to see whether Europe’s strongest Green Party or the incumbent conservative union will win the elections. [Shutterstock/vchal]

Germany’s main political parties are showing clear differences when it comes to a number of European policy issues with the upcoming election in September set to focus partially on the size of the EU budget.

With Chancellor Angela Merkel’s 16-year reign coming to an end, EU lawmakers are eager to see whether Europe’s strongest Green Party or the incumbent conservative Union will emerge the biggest party in the election scheduled for 26 September.

“The nervousness in Brussels is great,” said Renew MEP Moritz Körner at a press event on Monday. The event gathered leading German MEPs and asked them to clarify their positions as the German election campaign heats up.

Körner added that he felt as if many in Brussels were looking towards Berlin and awaiting how it would position itself following the poll. The next German government has its work cut out, from the fight against climate change to the results of the Conference on the Future of Europe being published next year and the Nord Stream 2 pipeline set to be completed in summer.

All the leading MEPs spoke out in favour of doing away with unanimity voting requirements but remained split on Russia, with the conservatives emphasising that talking to Russia would be necessary. French President Emmanuel Macron and Merkel had recently pushed for a summit with Russia’s Vladimir Putin. The push failed after other EU states opposed the idea.

At the press event Monday, Germany’s pro-European parties could not agree on whether to increase the EU budget or keep it as it is.

According to MEP Jens Geier of the Socialists and Democrats (S&D) group, having the earnings from European emissions schemes go into national coffers makes no sense. Geier also spoke out in favour of increasing the EU institutions’ “own resources.”

Government spending has a role to play, said Greens EU parliamentarian Sven Giegold, adding that an EU budget at 1% of the bloc’s GDP was too little for a future-proof EU considering the important role of government in funding research.

“We have €280 billion of unused funds” due to a lack of projects, warned conservative MEP Markus Pieper of the European People’s Party (EPP), calling for responsible handling of the European project instead of overly liberal disbursement of funds.

Körner, for his part, said he was against increasing EU spending via any additional “own resources”, noting that “we won’t be able to finance spending via borrowing long-term.” (Nikolaus J. Kurmayer  | EURACTIV.de)