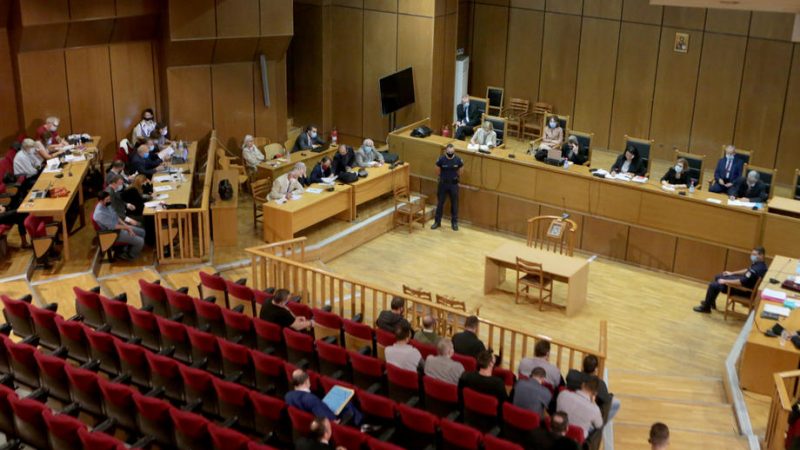 A general view of the Courtroom during the trial on the ultra-right Golden Dawn party, in Athens, Greece, 12 October 2020. [EPA-EFE/PANTELIS SAITAS]

In a move that triggered strong reactions, the prosecutor of the Greek neo-Nazi Golden Dawn case suggested that those convicted for directing a criminal organisation should be given a suspended sentence.

According to Adamantia Oikonomou, they are not suspected of fleeing considering that none of them violated the restrictive conditions imposed on them at the interrogation stage or after their initial release from prison. However, she asked for Giorgos Roupakias, a Golden Dawn member and murderer of anti-fascist rapper Pavlos Fyssas, to be jailed.

“She justified her title: Prosecutor of the Nazi criminal organisation,” posted on Facebook a lawyer of the Golden Dawn victims.

Today, the court is expected to make a final decision on whether the members of the criminal organisation will receive suspended sentence or go to jail. (Sarantis Michalopoulos | EURACTIV.com)