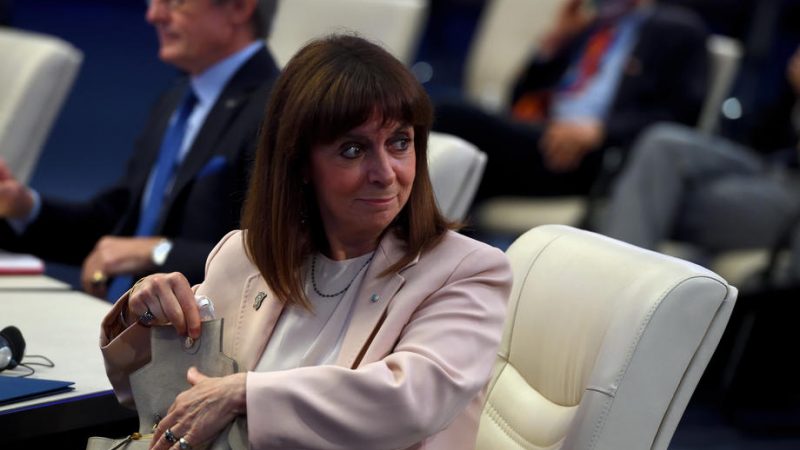 He has already been awarded by the mayor of Palermo for his humanitarian action, while the Danish Ministry of Shipping has awarded him the Nautical Award 21 for his rescues in the Malta area. [EPA-EFE/VASSIL DONEV]

The last-minute cancellation of an award to be presented to Iasonas Apostolopoulos, a humanitarian worker who rescued migrants from the sea, at a ceremony for the anniversary of the restoration of Greece’s democracy has triggered strong reactions in Athens.

Press reports suggest that right-wing politicians put pressure to remove his name from the award list.

Apostolopoulos currently works with Médecins Sans Frontières in rescue operations for migrants from Libya and Africa.

He has already been awarded by the mayor of Palermo for his humanitarian action, while the Danish Ministry of Shipping has awarded him the Nautical Award 21 for his rescues in the Malta area.

However, it seems for Greece he is considered as a persona non grata. Although it was announced that he would be awarded by Greek President Katerina Sakellaropoulou, it was cancelled last minute.

Constantinos Bogdanos, a conservative lawmaker of ruling New Democracy party (EPP), commented, “Mr. Iasonas Apostolopoulos, an aggressive critic of Greece’s policy of defending the borders, but also of the security forces as a whole, will not be honoured”.

It is still unclear who intervened to cancel his award.

The opposition reacted strongly, with leftist DIEM 25 saying the cancellation of the award of a rescuer with an internationally recognised humanitarian work “affects our Democracy itself”.

The main opposition Syriza party will bring the issue to the Greek House on Monday.

Among the people who were awarded at the ceremony were EU Commission Vice-President Margaritis Schinas as well as Pfizer’s CEO Albert Bourla.