Greece: From ‘stay safe at home’ to ‘go out’ 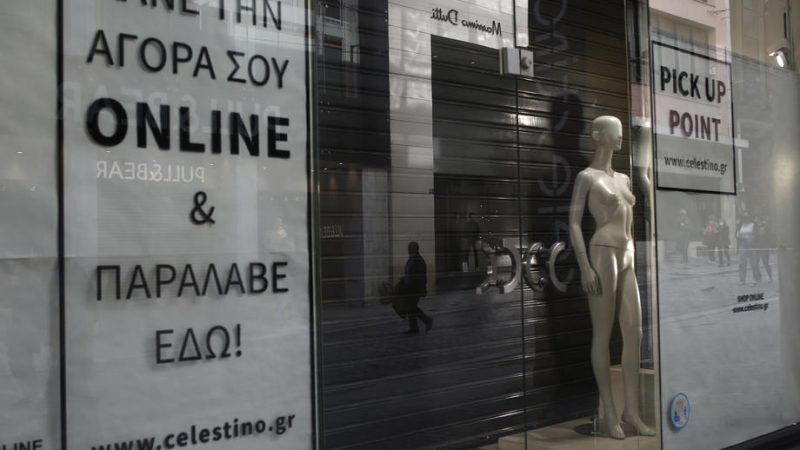 On Tuesday, Greece reported 4,340 new COVID-19 cases and 72 deaths, with the death toll reaching a total of 8,017. The public health system is reaching its limits as 741 patients are intubated. [EPA-EFE/YANNIS KOLESIDIS]

Despite the new record of COVID-19 cases reported on Tuesday, the Greek government has decided to relax measures to revive an already ailing economy, local media reported.

On Tuesday, Greece reported 4,340 new COVID-19 cases and 72 deaths, with the death toll reaching a total of 8,017. The public health system is reaching its limits, with 741 patients currently intubated.

Since the very beginning of the pandemic, the Mediterranean country has imposed one of the strictest lockdowns across the bloc. Greeks are obliged to send an SMS even to go to the supermarket.

But since case numbers are still not falling, the government has decided to switch strategies from “stay safe at home” to “go out”.

The strict lockdown resulted in people instead crowding squares and parks in densely populated areas or gathering in houses increasing the risk of contamination.

The retail sector is expected to re-open in early April while bars and restaurants with outdoor spaces will be allowed to open from May, when the tourism season is officially launching.

News website News247.gr reported that it’s a one-way street for the government as it has no more money to support the economy.