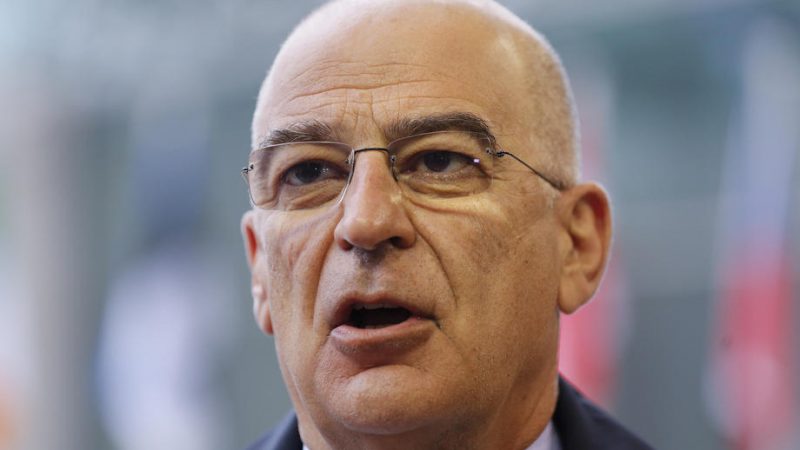 Referring to the sanctions imposed by the EU against Belarus, he said those targeted the Belarus regime and not the country’s economy. [EPA-EFE/JOHANNA GERON]

Greece has not ruled out taking legal action over the incident in May in which Belarus forced a Ryanair passenger plane carrying a wanted opposition activist to divert and land in its capital.

“We have not forgotten the issue with the abduction of the Ryanair airplane. And as Greece – as the plane has left from Athens to Vilnius – is examining if criminal prosecution should be started against those responsible for this,” Greek Foreign Affairs Minister Nikos Dendias told Euronews.

Referring to the sanctions imposed by the EU against Belarus, he said those targeted the Belarus regime and not the country’s economy. “What the European Union is trying to do is to show clearly that it is supporting the Belarusian society in its efforts to restore democracy in the country.” he added.

Asked if these sanctions could drive Belarusian dictator Alexander Lukashenko further into Russia’s arms, he replied: “Well, I think this is a false dilemma. The European Union – because of its principles, because of its values, because of its DNA – should support democracy and those who fight for democracy. All the rest, if I may say so, is philosophy.” (EURACTIV.com)