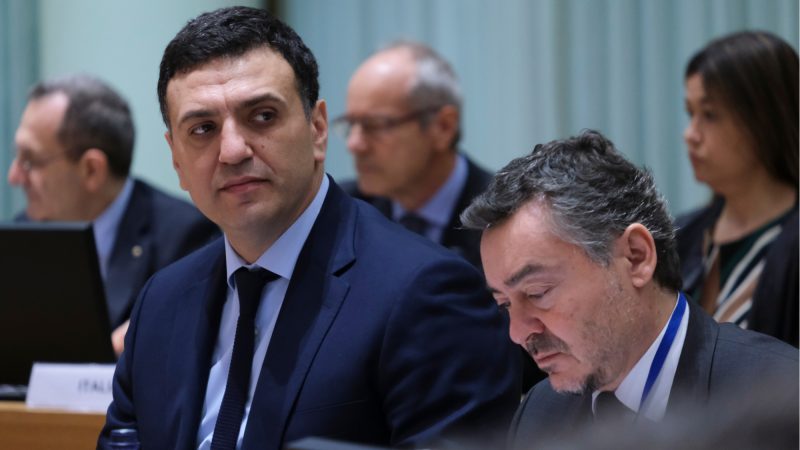 Mandatory vaccination has so far been imposed for workers in the healthcare sector and nursing homes. [Shutterstock/Alexandros Michailidis]

The conservative Greek government (New Democracy, EPP) has opened the door to obligatory vaccination for all, by allowing the health minister to expand the categories of professions in which compulsory vaccination may be imposed.

The new powers granted to health minister were introduced in the form of a last-minute amendment in a draft bill, surprising the opposition parties.

Mandatory vaccination has so far been imposed for workers in the healthcare sector and nursing homes. If a health worker refuses to get vaccinated, will be temporarily suspended from work and replaced.

According to ECDC figures, in Greece 61.1% of the population has taken the first dose and 51.7% is fully vaccinated.

The move drew the criticism of the main opposition leftist Syriza party, which accused the government of adopting a “punishment” approach to those unvaccinated without prior discussion among all parties over the issue.

Instead, the opposition urged the government to raise awareness over science and vaccines to convince people to get vaccinated.

Meanwhile, anti-vaxxers organised another massive demonstration in Athens this week, which ended in clashes with the police. Protesters were joined by supporters of the neo-Nazi Golden Dawn party, which was recently branded by a court as a criminal organisation.

Also read: The Brief – Return to the Dark Ages