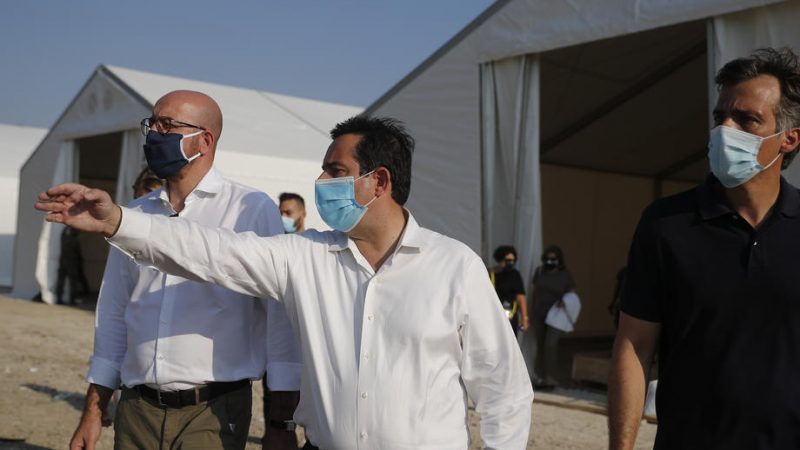 The 2016 EU-Turkey Statement on migration provides that those immigrants who entered Greece from Turkey after 20 March 2016 and are not entitled to international protection, will return to Turkey. [EPA-EFE/DIMITRIS TOSIDIS]

Greece made on Wednesday a new request to the EU Commission and FRONTEX for the immediate return to Turkey of 1,908 rejected asylum seekers living on the Aegean islands. Athens says Turkey has been blocking the returns of people not eligible for asylum for the past 17 months.

The 2016 EU-Turkey Statement on migration provides that people who entered Greece from Turkey after 20 March, 2016 and are not entitled to international protection will return to Turkey.

But according to Greek migration minister Notis Mitarakis, this is not the case.

“The process of returns has stopped since 15 March, 2020, when Turkey referred to the difficulties caused by the outbreak of the COVID-19 pandemic. For about 17 months, Turkey has insisted on refusing to implement its commitments without any argument,” the minister wrote in a letter to Commission Vice-President Margaritis Schinas and FRONTEX.

Mitarakis also referred to the Commission’s proposed new migration pact, which has reached a deadlock due to divisions among EU member states over whether the relocation of recognised refugees will be mandatory or not.

The Greek minister said it was crucial for Europe to establish a common mechanism, as well as the necessary legal arsenal for returns.

“And to fortify, in this way, the first host countries against uncontrolled migration flows, but also the action of smuggling networks,” he added.

Greece recently proposed to declare Turkey a safe third state for migrants from countries such as Somalia, Pakistan, Afghanistan, Syria and Bangladesh. Were the proposal to be adopted, migrants from these countries entering Greece via Turkey would not be able to apply for asylum status.

Austrian Interior Minister Karl Nehammer has backed the Greek proposal adding that the Danish model to move asylum seekers to third countries as their application is processed would be a viable option.