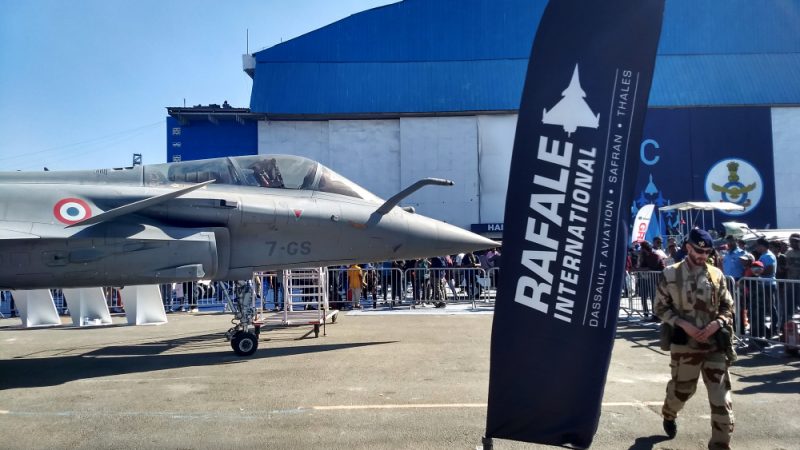 “We cannot be naive. We are facing a new set of threats,” Mitsotakis said. [Shutterstock/AjayTvm]

Athens organised the “Iniochos 2021” annual multinational military exercise in Andravida base to deepen military cooperation with NATO and Middle Eastern allies. The exercise was joined by fighter jets from the US, France, Israel, Spain, and the United Arab Emirates.

Greek PM Kyriakos Mitsotakis visited the Andravida base on Tuesday. “We cannot be naive. We are facing a new set of threats,” Mitsotakis said. “Our world is extremely complex and our neighborhood is, unfortunately, becoming more unstable. Greece will continue to strengthen its defense capabilities and upgrade its armed forces,” the Greek PM added.

In the light of an escalating crisis with Turkey, Greece is following an €11.5 billion military upgrade program over the next five years. A €2.3 billion order for 18 French Rafale fighter jets and an upgrade of compatible missiles has already taken place while the air force maintains US-made F-16 fighters.

Moreover, Greece and Israel signed a $1.65 billion defense agreement under which Israel’s Elbit Systems Ltd. will operate a training centre for the Greek air force in a bid to tighten bilateral political and economic relations. The agreement includes the supply of 10 new M-346 training aircraft produced by Italian company Leonardo, as well as the maintenance of the Greek air force’s training fleet for a period of 22 years. (Theodore Karaoulanis | EURACTIV.gr)