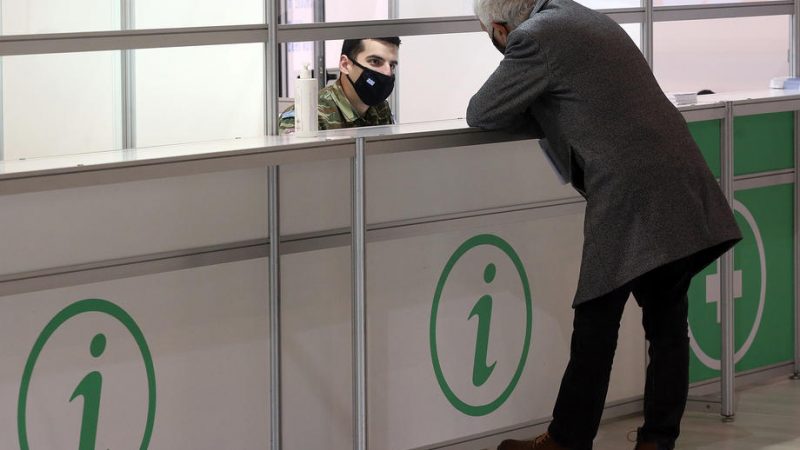 A man who lives in South Athens is registered by military personel before receiving a shot of the first dose of the Moderna vaccine against the coronavirus disease (COVID-19), in a new vaccination center in south Athens, Greece. [EPA-EFE/ORESTIS PANAGIOTOU]

Greeks over 60 who have not been vaccinated yet will begin receiving a €100 monthly penalty, as of Monday. However, the government ruled out the scenario of extending mandatory vaccination to other age groups.

Since the announcement of fines, 90% of citizens over 60 have been vaccinated or have made an appointment, however there is still 10% of citizens who have not.

In an interview with ANT1 TV channel, Greek PM Kyriakos Mitsotakis said the extension of mandatory vaccination to those under the age of 60 is not considered, at least for now.

Among intubated patients, 81.47% are unvaccinated.