Greece tells Turkey it hasn’t given up self-defence right 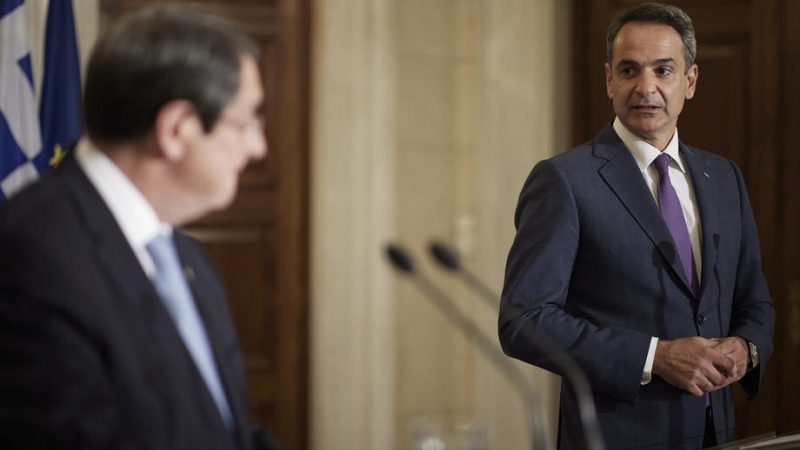 “Every bit of Greek territory, mainland or island, and every Greek citizen has the same right to security and defence,” Mitsotakis added. [EPA-EFE/DIMITRIS PAPAMITSOS / GREEK PM OFFICE]

Greece will never give up the right to defend itself, Prime Minister Kyriakos Mitsotakis said on Tuesday amid a fresh spat between Athens and Ankara in the eastern Mediterranean.

“Every bit of Greek territory, mainland or island, and every Greek citizen has the same right to security and defence,” Mitsotakis added.

The demilitarisation of Greek islands neighbouring Turkey has been a long-standing request of Ankara. Greece has so far refused to do so due to Turkey’s “casus belli” (threat for war).

In this case, casus belli means that if Greece extends its territorial waters to 12 nautical miles, as it reserves the right to do so under international law, it could trigger a war.

Tensions between Greece and Turkey escalated last week, when Turkish President Recep Tayyip Erdoğan announced that an initial 3.5% of Varosha – a resort fenced off by the Turkish army immediately after the invasion of Cyprus in 1974 – would “be removed from its military status” and Ankara now wants to exploit its tourism potential.

The move was strongly condemned by the UN Security Council and the EU.

Erdoğan has also reiterated his position for a two-state solution to the Cyprus problem, which was also rejected by world leaders.

Mitsotakis said the new illegal Turkey’s actions in Cyprus undermine the efforts of UN Secretary General Antonio Guterres for a settlement in the Cyprus issue and vowed to back Nicosia to the end.

“We always walk together and support the efforts of the Republic of Cyprus for the reversal of the Turkish methods in Varosha and the resumption of the negotiations for the settlement of the Cyprus problem on the basis of the bizonal, bicommunal federation,” Mitsotakis concluded.