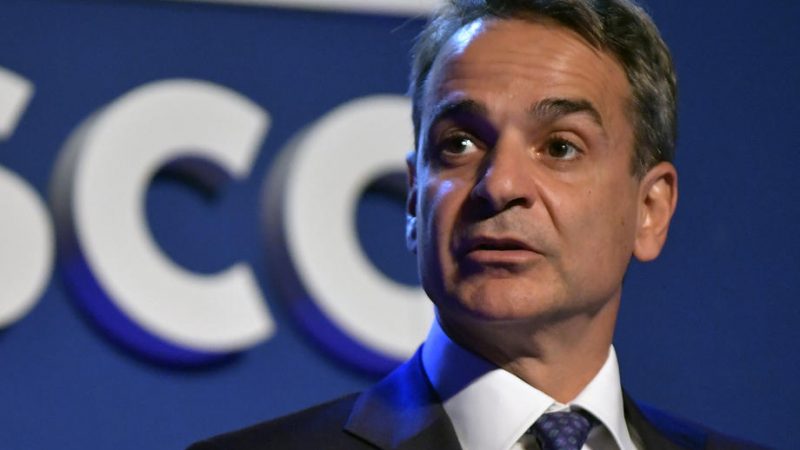 The announcement has already resulted in an upward trend in appointments for the first dose among citizens above 60. [EPA-EFE/JULIEN DE ROSA]

People who do not schedule a vaccination appointment by 16 January will pay an administrative fine of €100 each month. The announcement has already resulted in an increase in appointments for the first dose among citizens over 60.

Given the Christmas holidays, the state will also provide a free self-test to all adults, including the unvaccinated, to detect asymptomatic carriers of the virus, Prime Minister Kyriakos Mitsotakis has announced.

The government decision is based on statistical evidence showing that nine out of 10 COVID-related deaths are those over 60. The statistics also show that seven out of 10 are intubated patients, and eight out of 10 are unvaccinated.

In countries like Portugal and Denmark that have achieved 99% vaccine coverage in this group, the pressure on the health system and loss of life are up to 10 times lower than in Greece.

However, many complain that they suffer from conditions that do not allow them to risk the vaccine.

During a meeting with former prime minister Alexis Tsipras and the opposition leader,  representatives of the Athens and Piraeus Hospital Doctors Association said that 148 patients had been found crudely intubated outside ICU’s in the country’s public hospitals.

Meanwhile, surgeries for serious illnesses are being cancelled due to the inability of the National Health System to treat them, along with COVID-19.

Elias Mosialos, a health policy professor at the London School of Economics, opposed the €100 fine for the over-60s, adding that he would prefer incentives to be offered.

“In June-July, an incentive could have been given to pensioners by reducing the contribution for medicine, which is too large and unaffordable. The pension of €400-500 is reduced too much because everyone takes medicine at that age,” he said.

Regarding the management of the pandemic, he noted that Greece has reached an impasse. “We are one month before the end of the year, with hospitals under a lot of pressure, with northern Greece not being able to cope, with doctors at their limits.” he said.

Greece recorded 88 new COVID-related deaths on Monday. Among those who died, 95.4% had an underlying disease and/or were aged 70 years or older, while 664 people were intubated, of which 532 were unvaccinated.