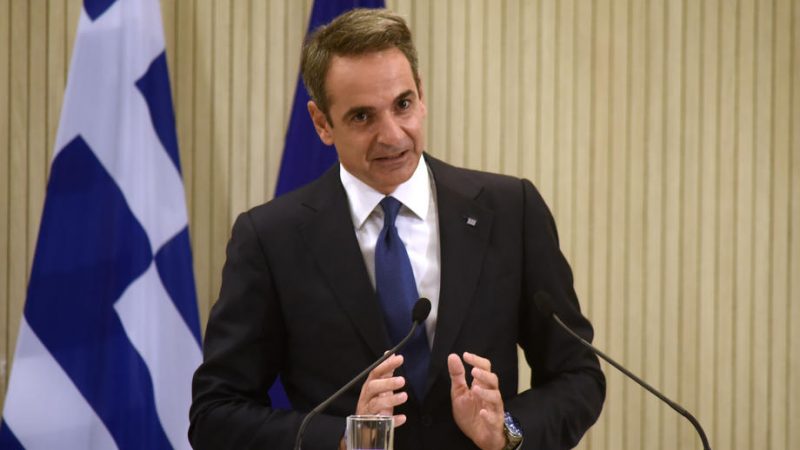 The conservative Greek government of New Democracy wants to have a cross-party agreement on a campaign to raise awareness over the need for people to be vaccinated against COVID-19.

PM Kyriakos Mitsotakis asked the ministry of health to contact all the parties and present the government’s policy on vaccination so that in consultation with all the parties a major communication campaign can be launched.

The aim, according to Mitsotakis, is to convince the Greek society about the need to vaccinate as many people as possible.

“I want to believe that all parties will support this effort,” he said, adding that fake news over COVID-19 should be tackled.

During the first wave, the government provided €20 million to Greek media to raise awareness over the need to stay home during the confinement.

Due to the lack of transparency in the distribution of the funds, it was accused by the opposition of attempting to control the media. Specific media such as the Alter Ego media group refused the funds, criticising the distribution process and emphasising that the campaign should be run for free.

According to the health ministry, more than 1,000 vaccination centres will operate in primary health care centres across the country

Minister of health Vasilis Kikilias said the objective is to vaccinate more than 2.5 million citizens per month in two shifts, morning and afternoon.

The European Commission has said national governments must convey clear and transparent messages regarding the vaccine.

“Having a vaccine without the proper vaccination infrastructure will have zero values,” EU sources told EURACTIV.

The executive called on governments to make the proper preparations until a vaccine is approved.

For instance, each country individually will have to arrange vaccine shipments with pharmaceutical companies. In addition, they will have to create national registries for people who get vaccinated and also, citizens must be reminded of getting a second dose if needed. (Sarantis Michalopoulos | EURACTIV.com)