Greece, Turkey vow to have a ‘quiet’ summer 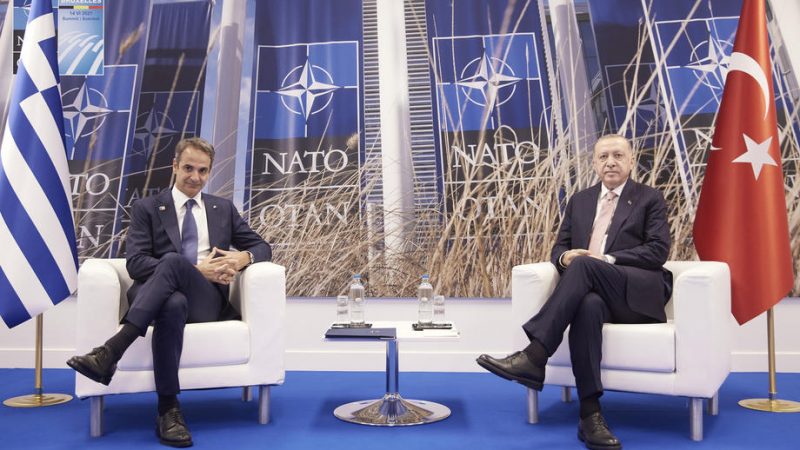 At a meeting on the sidelines of NATO summit, Greek Prime Minister Kyriakos Mitsotakis and Turkish President Recep Tayyip Erdoğan vowed to have a ‘calm’ summer and de-escalate tensions. [EPA-EFE/DMITRIS PAPAMITSOS]

At a meeting on the sidelines of the NATO summit in Brussels, Greek Prime Minister Kyriakos Mitsotakis and Turkish President Recep Tayyip Erdoğan vowed to de-escalate tensions.

“The meeting was a step towards a quieter summer,” Greek government sources said.

The sources added that there was mutual understanding that the intensity of 2020 cannot be repeated in 2021 and it was agreed to promote the positive agenda.

The leaders agreed on a “step-by-step” improvement of relations although they recognised “big differences” in a number of issues, including with the demarcation of maritime zones.

Last but not least, Athens and Ankara said there is room for collaboration when it comes to the migration issue, with Greece calling on Erdoğan as a first step to take back 1,450 migrants whose asylum applications have been ultimately rejected. (Sarantis Michalopoulos | EURACTIV.com)