Greece votes for the extension of its territorial waters 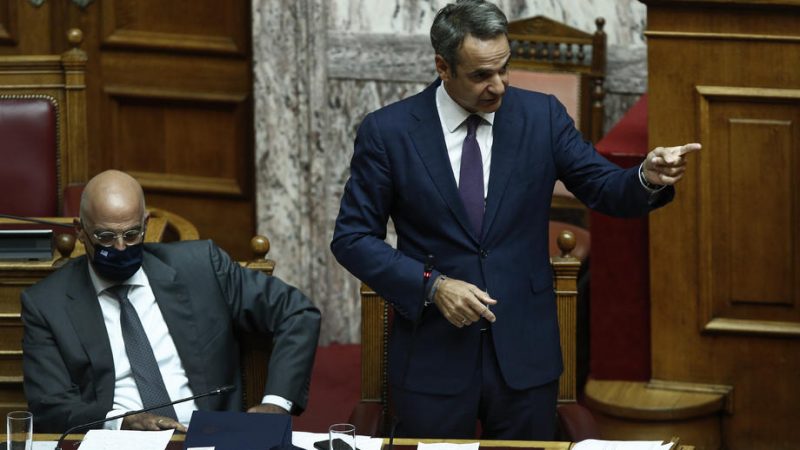 Turkey has for decades disputed Greece’s rights in the Aegan Sea, which is on the other side of the country. [ EPA-EFE/YANNIS KOLESIDIS]

The Greek parliament will decide on the extension of its territorial waters from six to 12 nautical miles in the Ionian Sea on Wednesday, following discussions that lasted two days.

Greece is about to extend its territorial waters for the first time since 1947 by adding an area that exceeds 13,000 square kilometres, Foreign Minister Nikos Dendias said in his parliamentary speech. “Considering that the country’s entire area is around 135,000 square kilometres, the scope of this expansion is evident”, he added.

Party leaders will speak on Wednesday in what is seen as a historic session for the Greek parliament. The legislation is supported by the opposition as Athens attempts to provide cohesive and strong responses against potential threats in the broader region of the Eastern Mediterranean.

Turkey has for decades disputed Greece’s rights in the Aegean Sea, which is on the other side of the country. The Turkish parliament declared 25 years ago that any extension of territorial waters from Greece’s side will be considered an act of war (Casus belli).

Meanwhile, the foreign minister called on Ankara during an online New Year’s ceremony of the Imvros Residents’ Association to fully respect the rights of the Greek minorities on the Aegean Island of Imvros, Tenedos, and Istanbul.