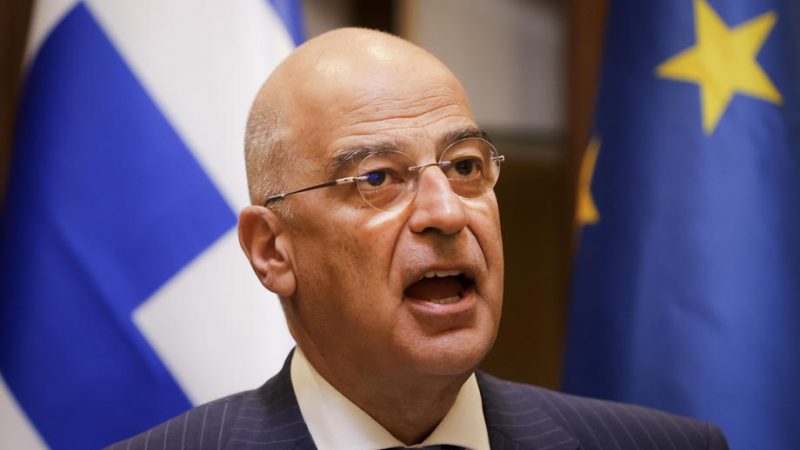 Greek Foreign Minister Nikos Nikos Dendias has expressed disappointment over Germany’s sale of submarines to Turkey, a move he says will change the balances in the Aegean Sea in favour of Ankara.

Dendias held a meeting on Wednesday (16 June) in Athens with Nils Schmid, the Social Democrat (SPD) parliamentary group’s spokesperson for foreign affairs in the German parliament.

“I cannot but express our profound disappointment over SPD’s role on the motions of an arms embargo to Turkey. Both Prime Minister Mitsotakis and I have numerous times spoken to almost everyone in Germany about the necessity to keep the balance in the Aegean,” Dendias said.

Athens has repeatedly asked EU partners to impose an arms embargo on Turkey considering the escalating row between the neighbouring countries in the Eastern Mediterranean.

Germany, Spain and Italy have blocked Greece’s request at the EU Council, while the SPD recently voted against a bill banning the export of submarines to Turkey.

Dendias said that the delivery of submarines to a country that continues to destabilise the region will change, at the expense of states that want stability and respect international rules, the balance of power.

EU ready for dialogue with Turkey

EU leaders are gearing up for a summit on 24-25 June that will also discuss the bloc’s next steps when it comes to Turkey.

According to the draft conclusions, obtained by EURACTIV.com, the EU welcomes the continued de-escalation in the Eastern Mediterranean.

“The European Council reiterates the EU’s readiness to engage with Turkey in a phased, proportionate and reversible manner to enhance cooperation in a number of areas of common interest, subject to the conditionalities set out in March and in previous European Council conclusions,” the document reads.

EURACTIV understands that the EU intends to follow a carrot and stick approach. Practically, if Turkey engages in a dialogue and de-escalates the tensions in the Eastern Mediterranean then gifts such as the modernisation of EU-Turkey customs union will be granted.

Otherwise, the options of the March EU summit will be activated aiming to hit specific sectors of the Turkish economy. (Sarantis Michalopoulos | EURACTIV.com)