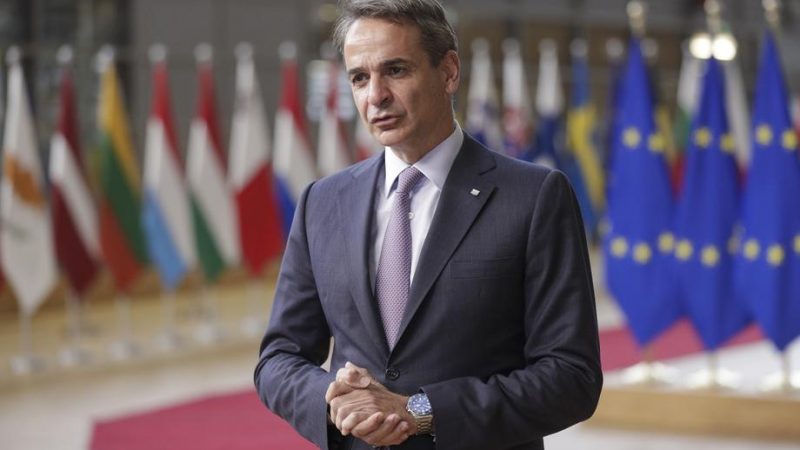 The debate on Thursday comes three weeks before a crucial EU–Africa Union summit where leaders are hoping to finalise the outline of a ‘strategic partnership’ between the two blocs. [EPA-EFE / OLIVIER HOSLET]

Prime Minister Kyriakos Mitsotakis has said Greece would never switch to nuclear power because of frequent earthquakes in the region. However, he added that Athens would not oppose others using it.

“Greece will never acquire nuclear energy because we are in an extremely seismic region,” Mitsotakis said after an EU summit on 22 October.

“But it concerns other countries, and we cannot stop them. It is a source of energy that does not cause emissions,” he added.

Greece belongs to the group of EU countries that advocate for natural gas as a transition energy source until Europe entirely switches to renewables.

Regarding electricity imports, Greece and Egypt signed on 14 October a preliminary deal to build a large electricity cable connecting the two countries, making it the first such agreement between Europe and Africa in the southeastern Mediterranean.

However, when it comes to the push for European gas storage in the future, the Greek PM admitted that his country lags behind.

“Our country does not have significant gas storage capacity,” he said, adding that there is an ongoing construction project in Kavala (northern Greece).”

Government sources told EURACTIV.gr that there was a bid for this project up until 2015, when the leftist Syriza party won the elections and halted it.