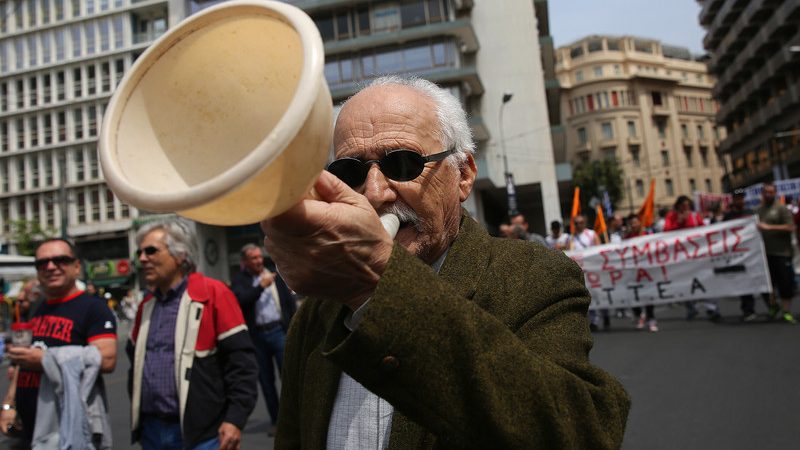 An EU source told EURACTIV that the Commission experts “were not excited” about the bill. [EPA/ORESTIS PANAGIOTOU]

The Greek government has decided to postpone a draft pension bill after the European Commission warned about its impact on the country’s public debt, EURACTIV has learned.

An EU spokesperson told EURACTIV: “We do not have any comment on the draft bill at this stage. More generally, we will continue to monitor fiscal developments in Greece through the enhanced surveillance framework.”

“This serves to ensure continued support for the delivery of Greece’s reform commitments following the successful completion of the stability support programme in 2018,” the spokesperson added.

The Greek government wanted to push forward a new bill which provided the privatisation of the so-called supplementary pensions, an additional boost to the final amount of the pension received by some retirees.

An EU source told EURACTIV that the Commission experts “were not excited” about the bill.

“It was just a draft bill and if we understood correctly, for now it is off the table,” the EU source said, without mentioning exact figures regarding the fiscal impact of the draft bill.

The same source added that such a bill was not part of the necessary reforms the Greek government has to carry out as part of the surveillance program.

The EU does not have any competence when it comes to pension systems across the bloc but if a reform has a fiscal impact, then it can issue a warning.

The government insists that there is no postponement of the bill while the opposition warned that the cost of pensions privatisation could reach up to €70 billion in the next decades.