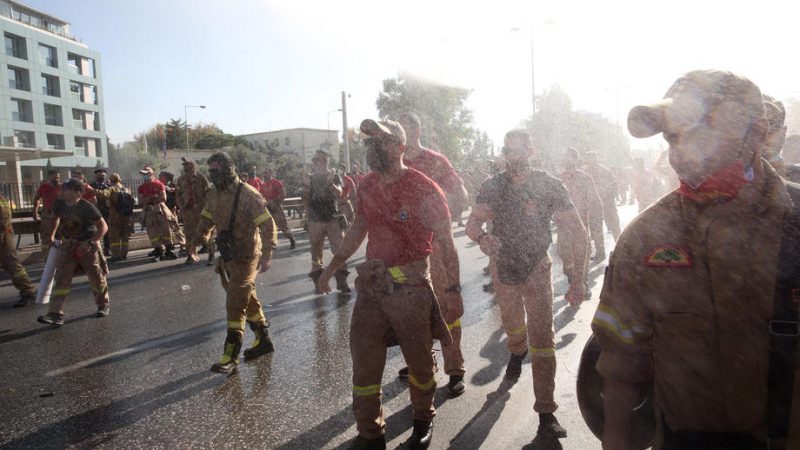 Greek police attacked seasonal firefighters at a demonstration on Friday (5 November) outside the climate crisis and civil protection ministry in Athens.

“It is the last day of the fire season today. This was one of the worst summers, with over 1.5 million acres of burnt land. From tomorrow, 2,500 seasonal firefighters will be applying for the unemployment benefit of €399 for the next three months,” the Association of Seasonal Firefighters said in a statement.

“Complete disparagement now takes the place of enthusiastic comments, gratitude and promises of recruitment to the Fire Brigade during the summer. The government is once again turning its back on contract workers, especially firefighters, despite the fact that 4,000 vacant organic posts are missing in the fire service,” the Association added.

Riot police used tear gas and water cannons against the protesting firemen. The heavy-handed tactics have shocked public opinion, given the government had referred to them as “heroes” after the summer’s disastrous fires.