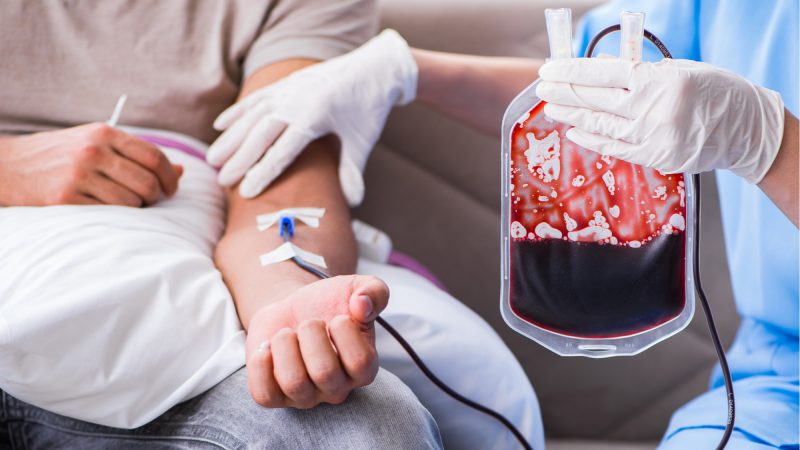 The Greek public opinion was shocked when a doctor unveiled that anti-vaxxers have refused to accept blood from vaccinated people in order not to be “poisoned”. Meanwhile, the Greek government has been alarmed after media reports revealed several cases of thousands of fake COVID-19 certificates across the country.

The president of the Medical Association of Patras, Anna Mastorakou, has called on prosecutors to intervene.

“Until now, we have seen unvaccinated patients refusing intubation – due to which people also died – but now we have groups that refuse transfusions.”

The doctor hinted that it was an organised network of anti-vaxxers at work, rather than isolated individual cases.

“If someone goes into surgery or wants a transfusion and belongs to the anti-vaxxers group, they demand not to be transfused with blood from a vaccinated person. This, of course, has no scientific basis,” she said.

Last week it was revealed that a small town with 6,000 residents in northern Greece had administered 40,000 doses of vaccine. Following this case, several incidents of fake certificates have been reported all over Greece.

According to OPEN TV channel, complaints are currently being investigated in northern Greece about the possibility of fake vaccination certificates imported from Bulgaria.

The government has decided to impose €5,000 fines on those involved in providing fake certificates. (Sarantis Michalopoulos | EURACTIV.com)