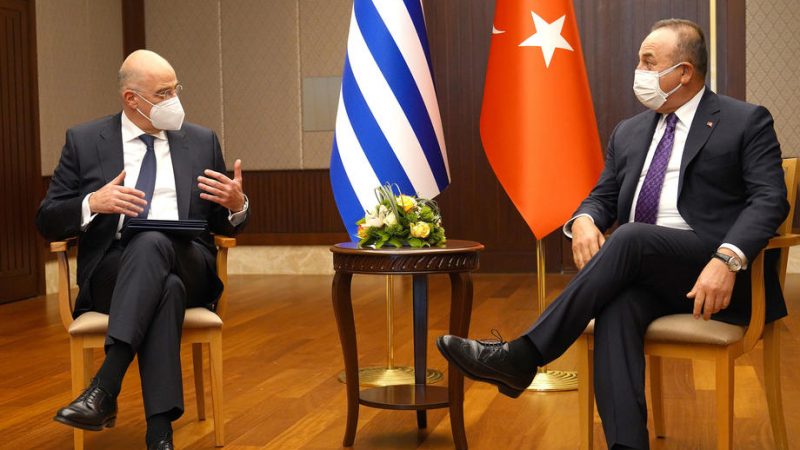 Greek Foreign Minister Nikos Dendias was given explicit orders to respond accordingly if provoked during a crunch meeting with Turkish counterpart Mevlüt Çavuşoğlu earlier this week, diplomatic sources in Athens have said.

The foreign ministers of Greece and Turkey on Wednesday clashed on a wide range of issues during a volatile press conference in Ankara following their first meeting in over a year.

The two ministers agreed only that they disagree on everything. Ankara said that sending vessels to search for potential gas reserves in Greek waters was not a violation of international law. Meanwhile, Athens insisted that Turkey had breached Greece’s sovereign rights and had undertaken more than 400 fly-overs in Greek airspace.

Greek diplomatic sources said the two countries were taking a different approach in resolving their various disagreements, adding that Greece’s approach is based on European values and international law.

Çavuşoğlu also referred to the demilitarisation of Greek islands, which has not been implemented by Greece.

“There is an army on the islands because they are threatened from somewhere,” Dendias replied, referring to Turkey’s “casus belli” (threat for war).

In this case, casus belli means that if Greece extends its territorial waters to 12 nautical miles, as it reserves the right to do so under international law, it could trigger a war.

“We will not be able to resolve our differences if we continue like this,” Dendias emphasised.(Sarantis Michalopoulos | EURACTIV.com)