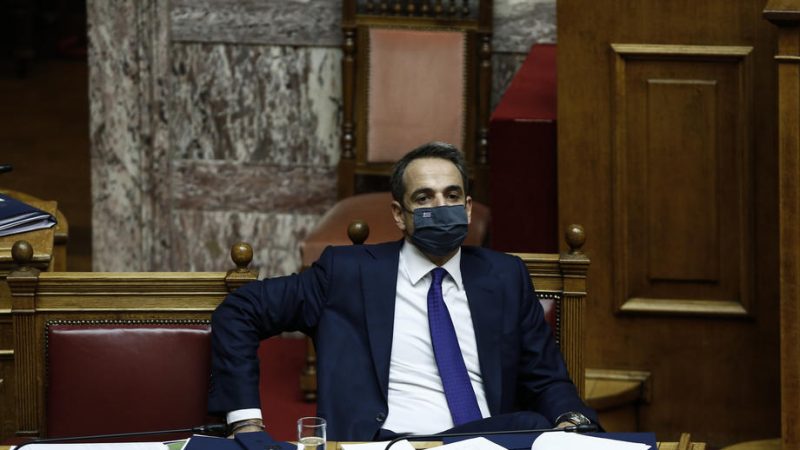 Prime Minister Kyriakos Mitsotakis attends a session in the parliament's plenum during a vote on 2021 budget in Athens, Greece, 15 December 2020. [EPA-EFE/YANNIS KOLESIDIS]

Though Greece has a long record of high fatalities in road accidents, it recorded its lowest ever fatality rate in 2019, according to figures published by the European Commission.

In his presentation of the National Action Plan, the PM focused on a €450 million programme financed by the European Investment Bank, which would make small improvements at 7,000 highly dangerous locations throughout the country.

“These are small changes that could, however, make the difference between life and death,” said Mitsotakis, noting that many accidents occur within cities and on the rural road network.

The Greek PM also highlighted the need for efficient horizontal policies, as well as the importance of teaching the younger generation. After almost a decade of pilot actions and capacity building, road safety is now included in school curriculums in an organised way, mostly based on EU Cohesion Funds. (Theodore Karaoulanis | EURACTIV.gr)