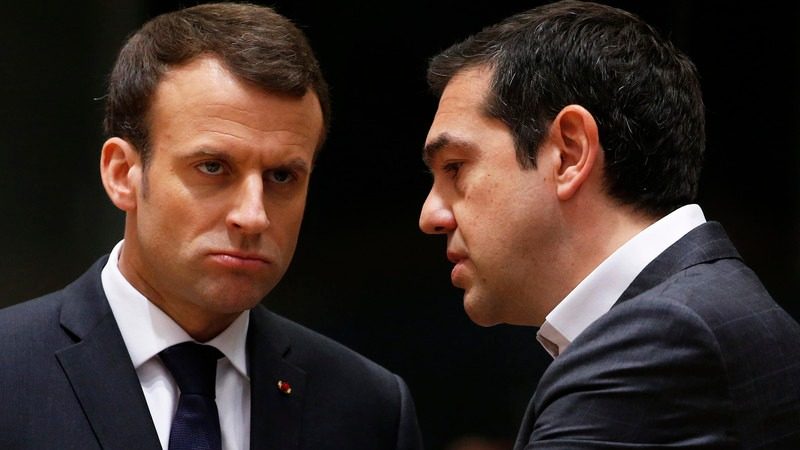 “The defeat of Macron is a defeat of his neoliberal policy. The strong strengthening of the Left represents a hope while the far right and abstention a danger,” Tsipras tweeted. [EPA-EFE/JULIEN WARNAND]

Emmanuel Macron’s defeat in the second round of the French legislative elections is essentially a defeat of his neoliberal policies, former prime minister and main opposition leftist leader Alexis Tsipras has said.

“The defeat of Macron is a defeat of his neoliberal policy. The strong strengthening of the Left represents a hope while the far right and abstention a danger,” Tsipras tweeted.

Nodding to Greek politics, Tsipras stressed that the key message from the French vote is clear: “There is an urgent change of policy and support of society before sinking into barbarism. Both in France and in Greece and everywhere”.

Similarly, the head of leftist Syriza in the EU parliament, Dimitris Papadimoulis, commented that Macron paid the price of his “right-wing economic policy” and “his arrogance”.

Syriza is the main opposition in Greece and has been pushing for forming a similar progressive front ahead of the next elections in Greece against the ruling conservative New Democracy party (EPP).

The elections are due in a year’s time, but estimates suggest that soaring prices combined with a difficult economic situation will force current Prime Minister Kyriakos Mitsotakis to go for snap elections in the autumn.

Although Syriza is affiliated with the European Left, Tsipras participates as an observer in the gatherings of the Party of European Socialists (PES).

PES’s official member in Greece is the Pan-Hellenic Socialist Movement (Pasok), which has not revealed its intentions regarding future collaborations in a coalition government.

“Pasok is our member, but ideologically, we are on the same page with Tsipras”, a PES source told EURACTIV last December.