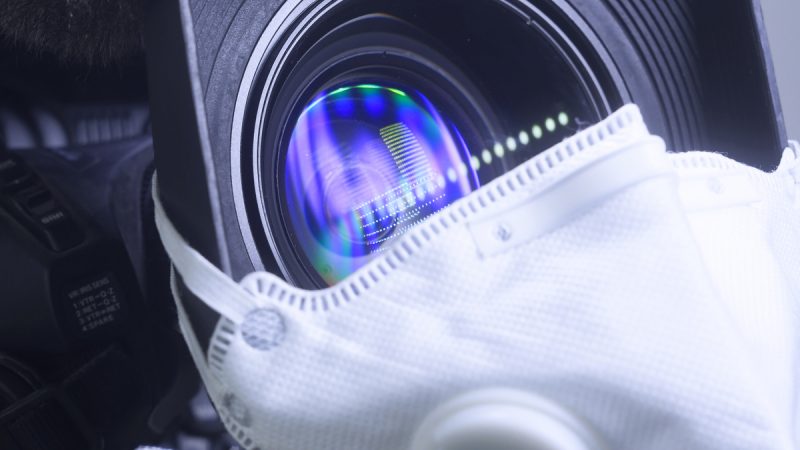 Member states’ legislation that aims to fight fake news during the pandemic, should not hinder the practice of journalism, nor should it act as a deterrent for “sources” to speak to journalists, a Commission source has told EURACTIV Greece, as the Greek parliament passed on Thursday a new law against fake news. However, the issue of media freedom in Greece seems to be more widespread.

The approval of the new penal code in Athens includes an article that states, “fake news which may cause anxiety or fear to the citizens […] can be prosecuted” and prescribes prison sentences of at least three months.

“The fact that our fellow citizens are dying at the moment because some are persuading them not to be vaccinated should not be dealt with by the justice system?” Justice Minister Costas Tsiaras asked.

The opposition and the Journalists’ Union of the Athens Daily Newspapers (ESIEA) strongly opposed the law, saying it was too vague and could impact press freedom.

Maria Antoniadou, ESIEA’s president, told EURACTIV Greece that her association would agree to a law that will better define what is fake news and when there is a problem, but the discussion about fake news and misinformation will not stop there.

“Instead, the issue of internet governance and subsequent reorganisation of news production and dissemination is coming up,” she added.

The Reporters Without Borders World Press Freedom Index places Greece for the period 2013-2021 in the category of countries in a “problematic situation” falling from the “good to very good situation” of a decade ago. In 2021, Greece ranked 70 out of 180 countries, followed by Hungary (92).

Asked if the EU executive was worried about these rankings, a European Commission source told EURACTIV Greece that “the media freedom index is an important source for the Commission to inform its work and we pay close attention to it”.

“These rankings are systematically mentioned in the Commission’s Rule of Law report for all EU member states, including Greece,” the source added.

For Antoniadou, the country’s low position in the international rankings is due to the economic crisis and the COVID-19 pandemic that followed.

“Politicians have always wanted to control the press, but the situation is getting worse worldwide,” said Antoniadou.

2021 also saw the murder of journalist Giorgos Karaivaz. A reporter on police and crime, he was gunned down outside his house in Athens in a crime that is still unsolved. Commission Vice President Vera Jourova spoke of her shock and said that justice should be served and the safety of journalists guaranteed.

EURACTIV Greece also raised with the Commission the issue of the tens of millions of euros distributed by Greece’s conservative government to media during the pandemic to raise awareness over COVID-19 and the need for vaccination.

Anti-government daily journal Documento was excluded from funding while Alter Ego, a big media group, returned the money, hinting at a lack of transparency in the allocation of state funding.

“We are aware of reports on the question. State media advertising is one of the issues the Commission is looking into as part of its annual Rule of Law reports, and it will also be looked at in the 2022 report,” a Commission source said.

The source stressed that as underlined in the European Democracy Action Plan, state financial support through public interest advertising can be crucial, especially for non‑profit, community media and other less commercial forms of journalism.

“Nevertheless, appropriate safeguards are needed to protect the freedom and the pluralism of the media, this is why the Commission encourages all member states to have transparent rules and fair criteria for the allocation of advertising,” the source added.

With the votes of all opposition parties, the Greek House is expected to decide on Friday (12 November) to set up a parliamentary investigation committee over the issue.

EURACTIV’s media partner, Croatian daily Jutarnji list, reported in late 2020 that EU Commissioner for Values and Transparency Věra Jourová told a group of MEPs that some EU governments are channelling national money only to those media that are the “willing servants of state propaganda”.

Jourová reportedly said such cases have been observed in Poland, Slovenia, Hungary, and Greece. The news made waves in Greece, but shortly after an EU spokesperson said the reports were inaccurate.

“We have seen some misleading reports about an internal meeting with MEPs, but I would like to make it clear that Vice President Jourová did not comment on the situation in Greece specifically during this debate,” the spokesperson said.

Several officials who took part in that internal meeting confirmed the content of the vice-president’s comments to EURACTIV, including her explicit mention of the four countries where this funding practice has been noted.