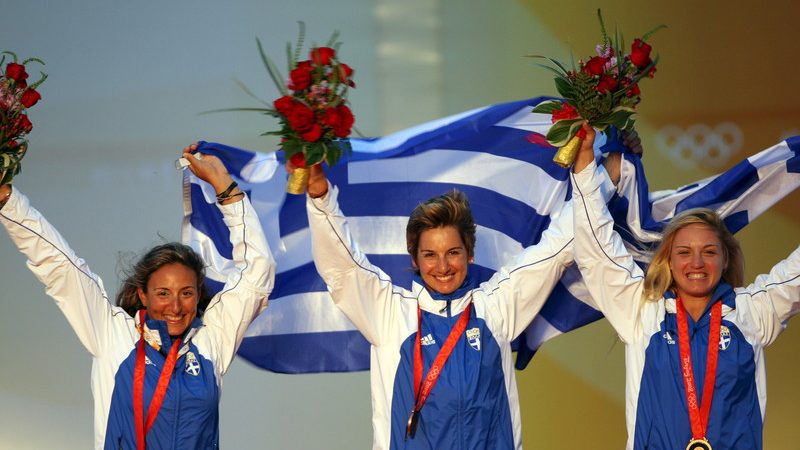 Though Bekatorou did not reveal the official's name at first, press reports said Adamopoulos - an official of the Hellenic Sailing Federation and currently a member of the ruling New Democracy party - was the one who molested her. [EPA/ADI WEDA]

Prominent female athlete and multiple Olympic Games medallist in sailing, Sofia Bekatorou, has spoken out about being sexually abused by a sports official during her preparations for the Sydney Olympic Games (2000).

Though Bekatorou did not reveal the official’s name at first, press reports said Aristeides Adamopoulos – an official of the Hellenic Sailing Federation and currently a member of the ruling New Democracy party – was the one who molested her.

Following the revelations, Adamopoulos, who has denied any wrongdoing, was immediately suspended, but he was also condemned by all political parties including Prime Minister Kyriakos Mitsotakis himself.

As the Athens public prosecutor’s office will initiate an urgent investigation, Bekatorou will either testify on Monday or Tuesday.

Family Policy and Gender Equality Secretary-General Maria Syrengella expressed hope that “other women find the same courage as Sofia Bekatorou to publicly reveal the horrendous history of sexual molestation and to speak up.”

Greek President Katerina Sakellaropoulou, the first woman to ever hold the office, will receive Bekatorou at the presidential mansion on Monday.

After Bekatorou’s revelations, a growing number of athletes have started to speak out about sexual incidents during their career in sports. (Theodore Karaoulanis | EURACTIV.gr)