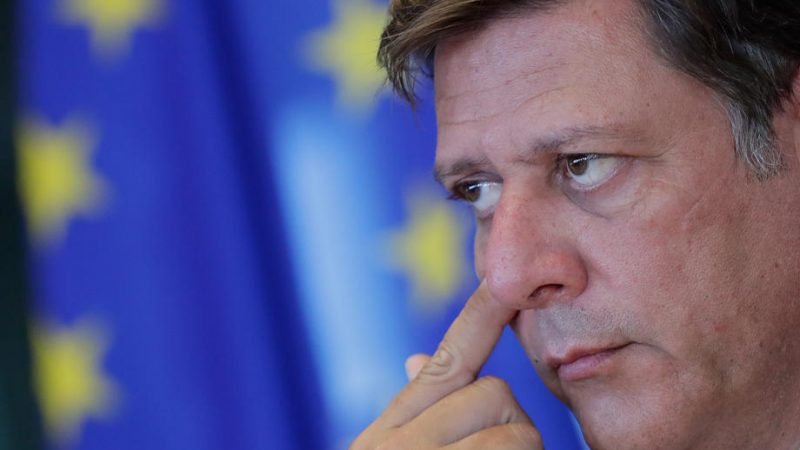 “The sanctions … are dedicated in order to bring down the Putin regime by internal unrest — and this is the idea that we create,” he said [EPA-EFE/STEPHANIE LECOCQ]

The sanctions imposed on Russia by the West are designed to destabilise President Vladimir Putin from the inside, Greek Alternate Foreign Minister Miltiadis Varvitsiotis said in an interview, triggering the opposition’s reaction.

“The sanctions … are dedicated in order to bring down the Putin regime by internal unrest — and this is the idea that we create,” he said

They create “a climate into Russia that this act of aggression is going to be costly for the economy of Russia, and to build up the unrest and the opposition to Putin,” Varvitsiotis told the US website The Hill.

The main opposition Syriza party reacted, saying that Greece became the first Western country claiming that sanctions aim to overthrow Putin and not to put an end to the war in Ukraine.

Former Foreign Minister Giorgos Katrougkalos referred to an interview of US Secretary of State Antony Blinken, who told CBS on 6 March that Washington was not talking about “regime change”.

“That’s – the Russian people have to decide who they want to lead them,” Blinken said.

“Greek Prime Minister Kyriakos Mitsotakis government is dangerous not only for the interests of the Greek people and the international position of the country, but also for the position of the EU and the diplomatic effort for peace in Ukraine”, Katrougkalos said.

The Greek government has sent to Ukraine two C-130 transport aircraft loaded with military aid, such as Kalashnikov rifles and portable rocket launchers.

In a recent poll, 67% of Greeks disagreed with the government’s decision to send military aid to Ukraine, compared to 22% who agreed. However, 91% agree with sending humanitarian aid.