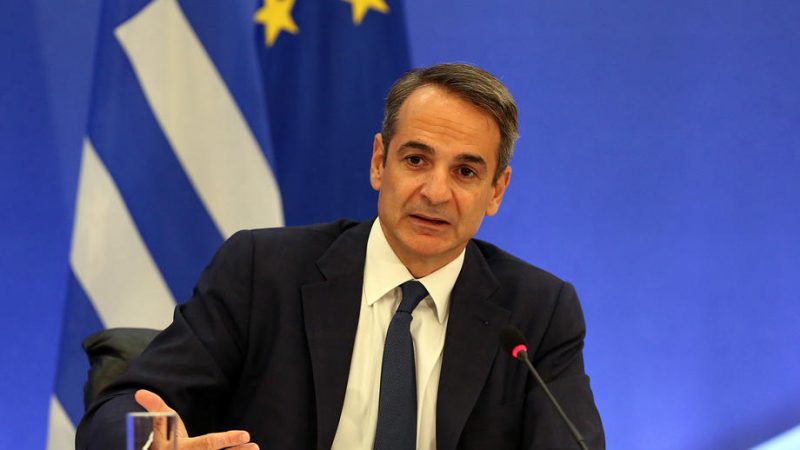 Analysts estimate that things will get more complicated for Mitsotakis as the epidemiological situation of the country is not looking good. [EPA-EFE/ORESTIS PANAGIOTOU]

Greek Prime Minister Kyriakos Mitsotakis is expected to announce a government reshuffle on Monday amid growing public anger over wildfires that destroyed hundreds of thousands of hectares and properties earlier this month.

Although nothing has been made public yet, Greek press reports suggest that minister for citizens’ protection Michalis Chrysochoidis – responsible for handling the wildfires – will be replaced.

A poll after the wildfires showed that for the first time, Mitsotakis’s government (EPP) has been dealt a severe blow and with the reshuffle, the conservative leader is willing to reverse the negative trend.

However, analysts estimate that things will get more complicated for Mitsotakis as the epidemiological situation of the country is not looking good.

Vaccination rates have been stuck for months now while anti-vaxxers have reacted strongly to new measures banning the entry of non-vaccinated citizens to indoor places.