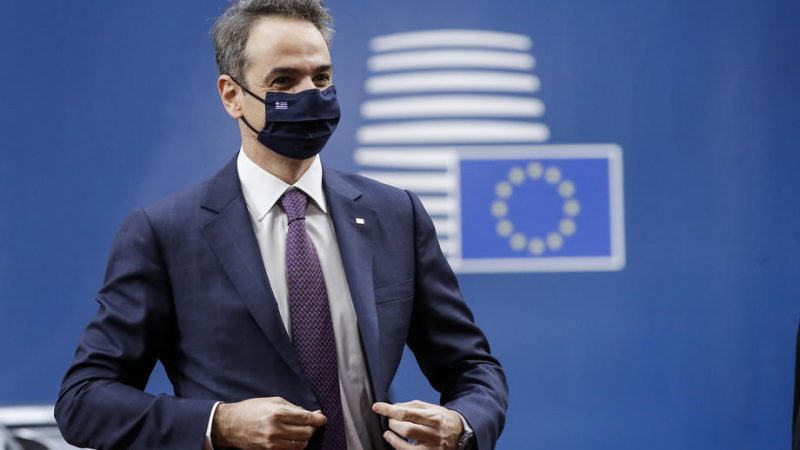 “The discussion on Russia was more general of strategic nature,” Mitsotakis told journalists after the EU summit on Tuesday in Brussels. [EPA-EFE/OLIVIER HOSLET]

Greek Prime Minister Kyriakos Mitsotakis has said there is no information about any Russian involvement in the Belarus state hijacking of a plane at the weekend.

“The discussion on Russia was more general of strategic nature,” Mitsotakis told journalists after the EU summit on Tuesday in Brussels.

He said the conclusions, although brief, reflect the rigor with which Europe must deal with Russian behaviour.

“On the other hand, we leave open the possibility to be able to talk to Russia on issues that we consider to be relevant. Either issues of regional stability or climate change, and our country insists on this position,” he added.

Asked about the statements of Ryanair’s CEO that there were agents inside the flight, the Greek PM replied: “There is absolutely no indication that anyone inside the aircraft was involved in the flight’s diversion”.

He added that these are completely groundless rumours and there is no indication of agents’ involvement.

Press reports suggested that four agents were on board the flight from Greece to Lithuania when it was forced to land in Minsk on Sunday, whereupon dissident journalist Roman Protasevich was arrested, and are believed to have remained in Minsk.

In Athens, they estimate that these people were not agents but citizens, who wanted to end up in Minsk anyway and found themselves there.

One of them was a Greek citizen who said his final destination was Minsk to see his wife and grabbed the chance to stay there.