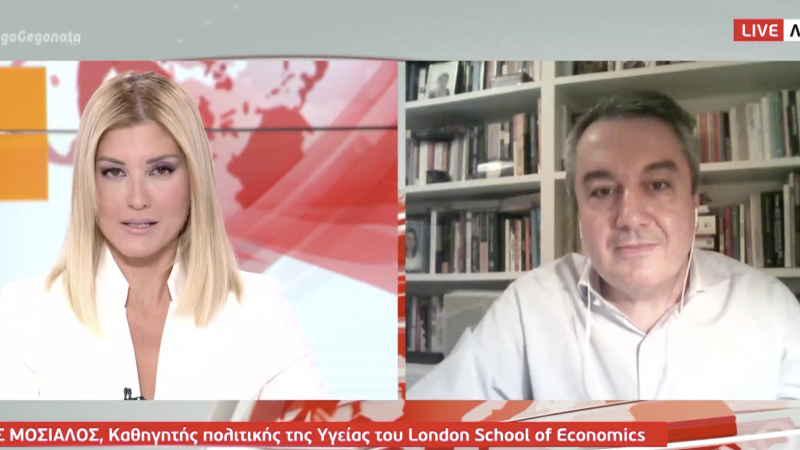 “If the EMA has a specific reason for the delay then it has to announce it. If the reason is scientific we will all understand why they want to meet later. If not, then the President of the European Commission must intervene immediately,” the professor added. [Photo by MEGA TV]

Greek public health professor Elias Mosialos has questioned the delay of the European Medicines Agency (EMA) to approve the Pfizer’s vaccine against COVID-19 considering that the UK and the US have already sped up the processes. He even called on the European Commission to intervene.

“Why can’t the EMA schedule a special committee meeting just days after the FDA meeting?Normally it could be earlier. The British, the Americans and the Europeans will look at the exact same data,” Mosialos, a Professor of Health Policy at the London School of Economics (LSE) said.

According to Mosialos, the Greek government must intervene immediately at the EU level.

“If the EMA has a specific reason for the delay then it has to announce it. If the reason is scientific we will all understand why they want to meet later. If not, then the President of the European Commission must intervene immediately,” the professor added.

The EMA has said by 29 December the latest will have a meeting to approve Pfizer’s vaccine and on 12 January Moderna’s vaccine.

The fact that the UK approved Pfizer’s vaccine has not changed this schedule and Commission sources have said the process followed by Europe is “more appropriate” and “thorough” for the safety of the vaccine compared to the one followed by London as it is based on more data. The UK, on the other hand, they said it analysed less data.