Greek socialists say Mitsotakis is no longer a ‘centrist’ 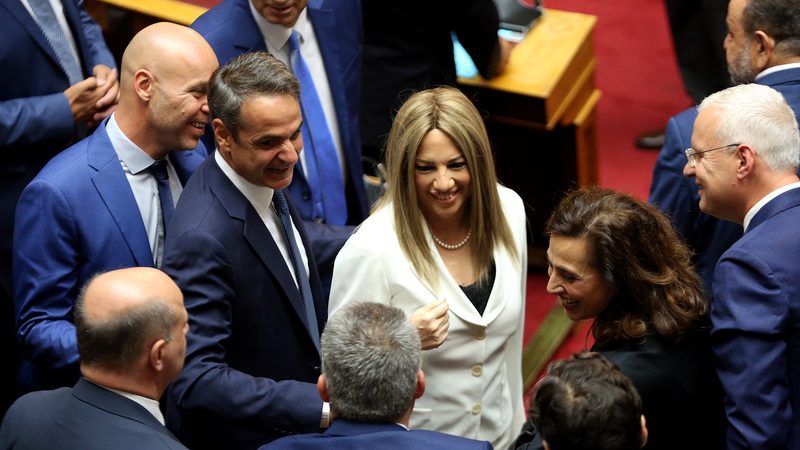 The Greek socialist “Movement of Change” party (S&D) has lashed out against the ruling conservative New Democracy party (EPP), accusing it of a right-wing turn putting the country’s democracy at risk.

“This undermines democracy and as a result, Greece is being compared to Orban’s Hungary at the 2020 Global Press Freedom Index of Reporters Without Borders”, Gennimata said, adding that Mitsotakis has no longer a “centrist profile”.

Following the recent reshuffle of the government with the addition of ultra-right politicians, the opposition accused Mitsotakis of a right-wing turn.

Another topic that has raised eyebrows in Athens is the government’s intention to establish a special police force for the surveillance of universities.

“Universities’ effective surveillance has been a popular request for years. But there is distance between this and a police state,” the socialists said.

“It is unprecedented and aesthetically unacceptable the leadership of the ministry of education together with the leadership of the ministry of citizen protection to announce the guarding of universities by the police. We have said yes to a special guard body, but with the guidance and responsibility of the universities themselves,” the socialists added.