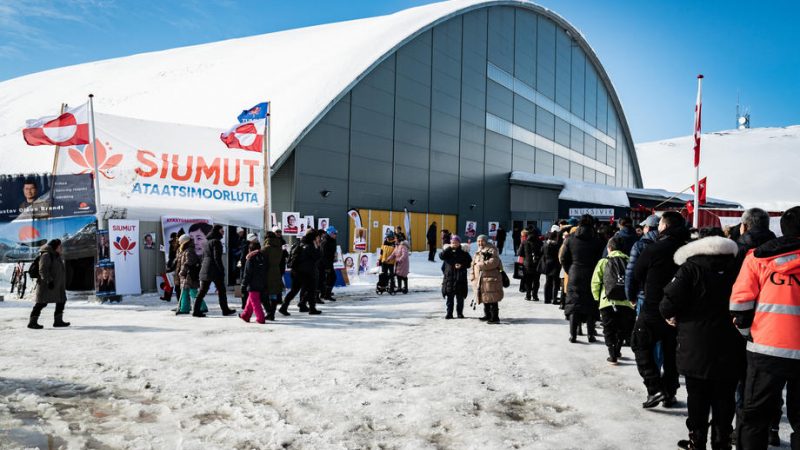 The election result marks a historic change for Greenland, which has been an autonomous part of Denmark since 1979 and has thus far been governed without interruptions by the social democratic party Siumut. [EPA-EFE/EMIL HELMS DENMARK OUT]

After winning the elections with 37% of the vote and gaining 12 seats in the 31-seat parliament, the Greenland’s leftist IA party announced on Friday that it has formed a government with pro-independence party Naleraq.

The election result marks a historic change for Greenland, which has been an autonomous part of Denmark since 1979 and has thus far been governed without interruptions by the Social Democrat Siumut party.

As reported on 7 April, the election outcome turned out to be a cause of concern for big mining companies like Greenland Minerals which has connections to China.

Opposition from the junior party in coalition in the previous government to building a large mining complex in Kvanefjeld – a site that contains uranium as well as neodymium – resulted in a snap election on 6 April.

After winning the election, the IA party has promised to cancel the building project and said Greenland will join the Paris Climate Agreement.

However, calling off such a vast mining project may require becoming independent from Denmark, for which vast economic resources and foreign investors are needed. Greenland currently relies on Denmark sending it about €500 million a year. (Pekka Vänttinen | EURACTIV.com)