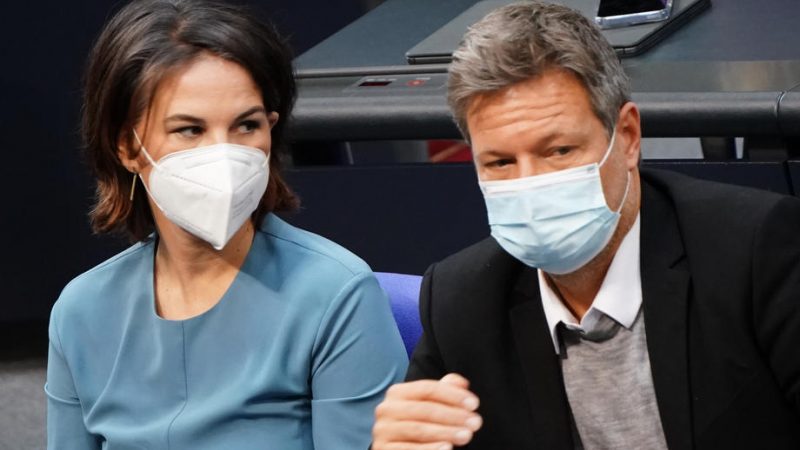 Negotiations between the social democrat SPD, the Greens and the business-friendly liberal FDP to form a so-called “traffic light” coalition are currently at the working group stage, but may now be delayed. [EPA-EFE / CLEMENS BILAN]

Negotiations between the social democrat SPD, the Greens and the business-friendly liberal FDP to form a so-called “traffic light” coalition are currently at the working group stage but may now be delayed.

22 working groups comprising 300 experts are currently negotiating a range of matters, but those on budgeting, asylum seekers, and environmental protection appear to have stalled.

“We currently see too little progress as far as the substance of the issues is concerned,” explained Michael Kellner, federal manager of the Greens.

Observers had initially expected the Greens to clash with the FDP, as they are understood to be the furthest apart on social and environmental issues. Yet, the Greens are also reported to have clashed with the SPD over their attitude towards climate issues.

As EURACTIV has previously reported, the issue of gas power plants continues to be controversial in Germany. The country is set to finalise phasing out its nuclear power plants in 2022, making additional gas plants necessary.

The SPD has repeatedly confirmed its commitment to the energy source, while the Greens have sent mixed signals.

However, this slow-down in the coalition talks is unlikely to result in another blow-up like in 2017, where the FDP had called off the negotiations, resulting in a record-breaking 172 days before forming a new government.

“I’m doing what I can to prevent another four years of grand coalition style standstill on the European level,” said Sven Giegold, one of the Greens’ ten core negotiators, in an interview with EURACTIV.

As EURACTIV understands, the Greens’ tactics are a way of obtaining concessions.