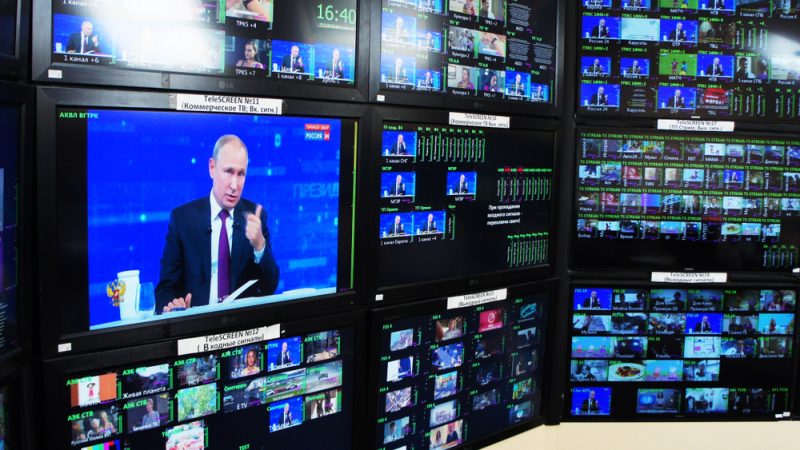 The figure increased to almost two-thirds for the respondents who voted for the most radical left or right-leaning parties. [Shutterstock/Zhenya Voevodina]

More than half of the French believe in at least one conspiracy narrative about the Ukraine war peddled by Russian President Vladimir Putin’s regime, a recent survey has revealed.

The French are “far from being impervious to the Putin narrative on the origin of the war in Ukraine”, the IFOP opinion poll published on Monday writes. Those surveyed reviewed some of the stances about the war put forward by the Russian regime, and half believed in at least one of them.

The figure increased to almost two-thirds for the respondents who voted for the most radical left or right-leaning parties.

For example, 66% of the supporters of Jean-Luc Mélenchon’s radical left party La France Insoumise believe in at least one theory on the war’s origins put forward by the Kremlin. This figure rises to 73% among supporters of the Reconquête party, founded by former polemicist and far-right candidate Éric Zemmour.

According to the survey, 30% of the French believe “the United States and the countries of the European Union encouraged Ukraine to ask to be integrated into NATO so that it could benefit from their protection against Russia”, while 10% of them consider that “Ukraine is governed by a junta infiltrated by neo-Nazi movements”.

Many anti-vaxxers also said they believed in the Kremlin’s justifications for the war, with 71% of them siding with Putin’s rhetoric.