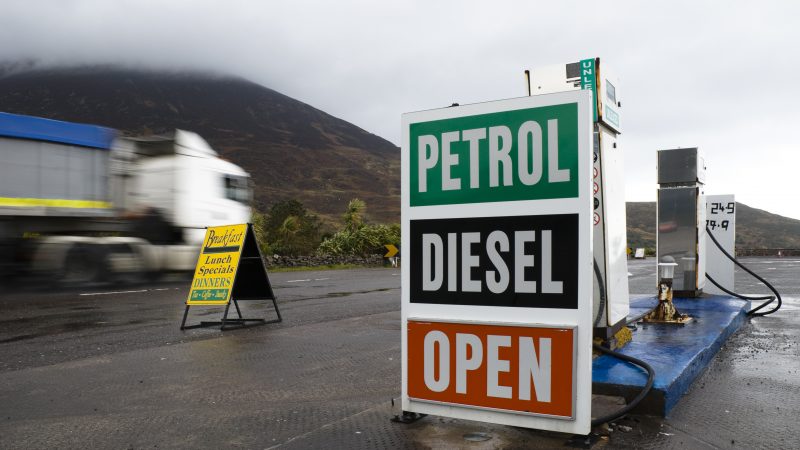 Prime minister Nicolae Ciuca ordered massive checkups at petrol stations, with some of them suspected of having raised prices artificially to profit from the unexpected heavy demand. [Shutterstock / Tiramisu Studio]

Traffic ground to a halt in Dublin on Wednesday as a convoy of truckers and hauliers gathered in the city to protest record increases in fuel prices this year.

Organised by the newly formed group Irish Truckers Haulage Association Against Fuel Prices, the demonstration centred on a demand on the government to lower fuel prices.

Truckers participating in the protest said that the cost of fueling their vehicles drastically reduced profit and made business impossible for some smaller hauliers.

This week, AA Ireland said that average petrol and diesel prices are at their highest levels since the organisation’s records began in 1991. Compared to this time last year, their data shows, the cost of petrol and diesel has climbed by 27% and 28% respectively.

Lawmaker Richard O’Donoghue, who participated in the protest and spoke to those gathered, said he’d joined the demonstration “in protest over the government’s failure to act on the fuel crisis”.

The aim of the truckers, he said, was to “lower inflation and keep their trucks on the road so they can feed everyone from Ireland”. He added that there could be more protests in the future if the government didn’t take action.

The Irish Road Hauliers Association (IRHA), however, said it was not linked to the group organising the protest. According to the Irish Times, the IRHA’s president described it as a “fringe group”, but added that the IRHA “absolutely identifies with the problems”.