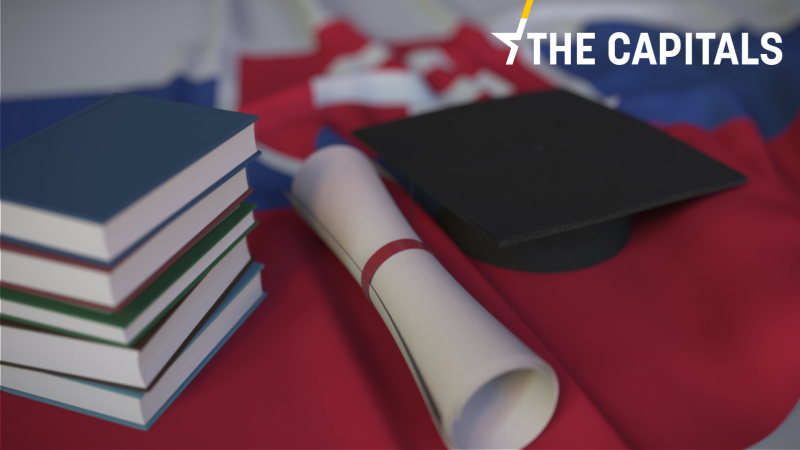 The director, the former head of the Slovak branch of ZTE, sent the threat shortly after their survey exposing the Chinese presence at Slovak universities had been published.  [Shutterstock/Novikov Aleksey]

The Slovak director of the Chinese Confucius Institute in Bratislava, Ľuboslav Štora, sent threatening mail to Matej Šimalčík, one of the key experts on China in CEE countries and the executive director of the Central European Institute of Asian Studies (CEIAS). It reads: “Are you sleeping well? You should be under a lot of stress when you’re walking down the street…”

The director, the former head of the Slovak branch of ZTE, sent the threat shortly after a CEIAS survey exposing the Chinese presence at Slovak universities had been published.

There are three Confucius Institutes in Slovakia, the one in Bratislava was founded upon the agreement with the Slovak University of Technology (STU), and also has the largest number of projects and cooperation with China and Chinese companies.

Šimalčík told EURACTIV Slovakia that although such threatening mail did not scare him, he was surprised that it had been sent directly by the director of the Confucius Institute in Bratislava himself.

“It is certainly worrying that such an attack came from a man who holds a leadership position in a Chinese quasi-state organisation, which claims to be only an educational and cultural institution,” the expert explained.

The survey that prompted Confucius Institute´s head’s reaction found that 23 public universities and the Slovak Academy of Science maintain up to 113 formal and informal links with Chinese universities and other Chinese entities. Interest has recently been growing in cooperation with the country’s universities, a majority of which are focused on the field of natural and technical sciences.

The Confucius Institute in Bratislava was founded in 2007 on the basis of the agreement between Tianjin University and the Slovak University of Technology in Bratislava. According to the CEIAS research, the STU has the strongest ties to China among all surveyed institutions, cooperating primarily in the field of computing, engineering and technology.

“In Slovakia, cooperation with Chinese entities suffers from a low level of transparency. (…) Despite potential technology transfers from publicly funded institutions, current laws do not require Chinese entities (especially corporations) to disclose their beneficial owners, as is the case with other types of relations where publicly funded entities provide valuable consideration to private parties,” the CEIAS survey concludes.

In 2020, the country’s civilian intelligence and counterintelligence agency, known as the Information Service, concluded in its annual report that Chinese intelligence services operating in Slovakia are trying to obtain information in the field of information and telecommunication technologies. Similarly, the Security Council described a similar issue in its Security Report of the Slovak Republic for 2019.

Slovak daily Denník N was the first to report the story. After it was picked up by several media in the country, the Director of Confucius Institute in Bratislava publicly apologised to CEIAS, saying that “by his absurd reaction” he had intended to “point out the absurdity of the published statements”. (Lucia Yar | EURACTIV.sk)