Heightened security at the Bundestag 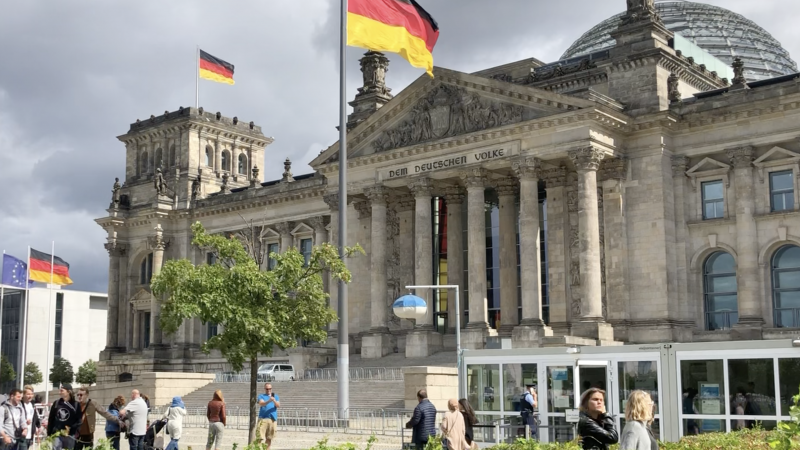 The move comes after lawmakers had made the call late last week to increase security around the Bundestag in response to the riot at the US Capitol last Wednesday. [Photo by EURACTIV.com]

Bundestag President Wolfgang Schäuble has organised an increase in security for the German parliament building according to a report in the Bild am Sonntag.

The move comes after lawmakers made the call late last week to increase security around the Bundestag in response to the riot at the US Capitol last Wednesday.

The coronavirus-sceptic movement, Querdenken [English: think outside the box], is a potential threat politicians have on their radar. Over the weekend, Bavarian leader Markus Söder (CSU) warned about the group’s radicalisation, saying it could become a “Corona-RAF” – in reference to the left-wing terrorist organisation active from 1970 through the late 1990s.

“Even if the AfD’s poll numbers drop, there is a danger that a corona mob or a kind of Corona RAF could form in Germany from its environment, which could become increasingly aggressive and even violent,” Söder told the Sunday newspaper Welt am Sonntag.

In November, Querdenken members harassed MPs during a vote to update Germany’s Infection Protection Law. Later, reports found that the protesters were invited by members of the far-right AfD.

Back in August, during a similar protest organised by coronavirus sceptics, a mob stormed the steps of the Reichstag building but was unable to get inside. (Sarah Lawton | EURACTIV.de)