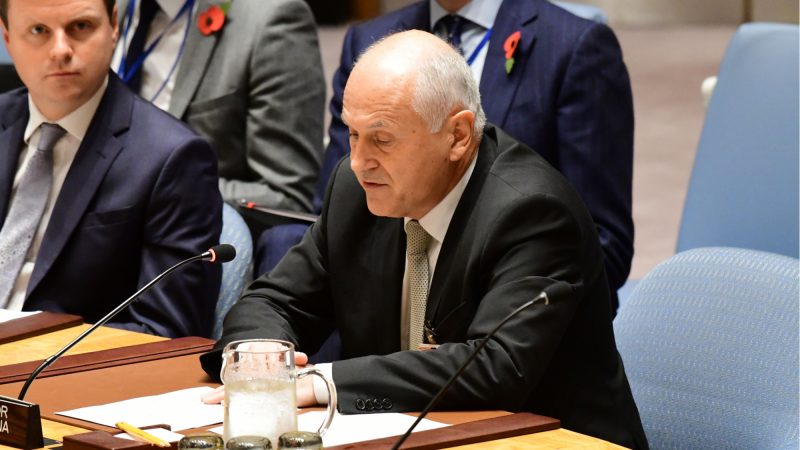 Divisions in Bosnia and Herzegovina have become more pronounced during the pandemic because of attempts by local politicians to score political points in the present situation, High Representative for BiH Valentin Inzko told the UN Security Council on Tuesday.

Submitting his regular semi-annual report, Inzko said the pandemic had highlighted the country’s weaknesses and that local politicians had used this to their advantage.

“BiH citizens have directly suffered the consequences because the state has failed to secure a coordinated approach to dealing with the challenges of the pandemic, including vaccine procurement,” he said.

Inzko said the government and the national parliament function poorly, do not pass any new laws and do not implement reforms. The country’s two entities have taken unilateral and uncoordinated measures, which has resulted in different parts of the country adopting different solutions, he said.

Inzko described the pressure by the Bosnian Serb authorities for the EU military mission (EUFOR) to end its term in BiH as soon as possible as particularly worrying, which he said could again threaten peace and stability in the country.

Commenting on debates about changes to the country’s election law, Inzko said they should focus on the implementation of recommendations by the OSCE, the Group of States against Corruption and the Council of Europe Venice Commission.

“Their purpose is to guarantee the integrity of the election process and the implementation of rulings by the European Court of Human Rights to eliminate discrimination against voters on the grounds of their ethnicity and place of residence,” Inzko said.

Russia’s Deputy Permanent Representative in the UN, Anna Evstigneeva, said after the report was presented to the UN Security Council that it was “unbalanced” and implies that Bosnian Serbs and Croats are to blame for all of the problems in the country.

US ambassador to the United Nations, Linda Thomas-Greenfield, said corruption and “politicians who focus narrowly on ethno-nationalist goals” are among the main obstacles to get through in BiH.