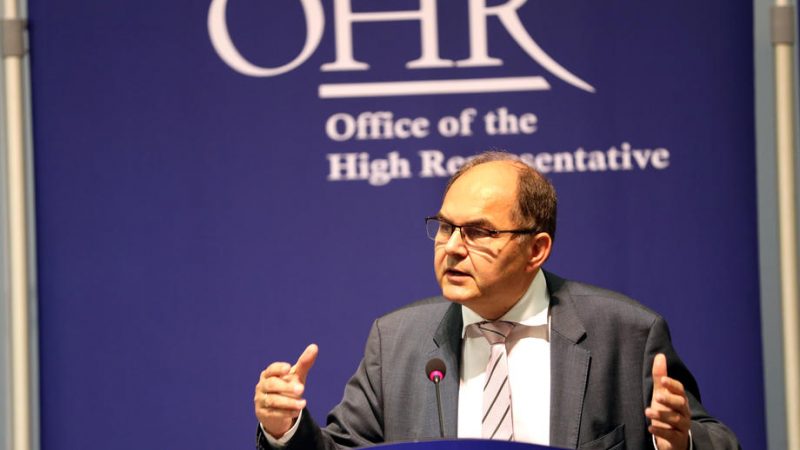 Bosnia and Herzegovina (BiH) will not become centralised on its EU journey. [EPA-EFE/FEHIM DEMIR]

Bosnia and Herzegovina (BiH), made up of two autonomous entities,  will not become centralised on its EU journey, said Christian Schmidt, currently serving as the High Representative to BiH.

“That concern among citizens is not justified and that will not happen. I have an understanding for regional specificities and they must be respected,” he said.

“As a Bavarian, I know very well that in a federal state rights can be given and guaranteed to federal provinces, as is the case in Germany or in the BiH entities,” Schmidt said, adding that it was important for BiH to continue with reforms.

“Croatia, Serbia and Turkey play a very important role in all those processes,” he said, adding that under the Dayton peace agreement, the EU and the international community also have an important role.

The US administration has tasked Matthew Palmer, former envoy for the Western Balkans, with supervising the election reform in BiH, deputy assistant secretary of state for south and central Europe Gabriel Escobar has said.