How a Green Germany could shake Europe 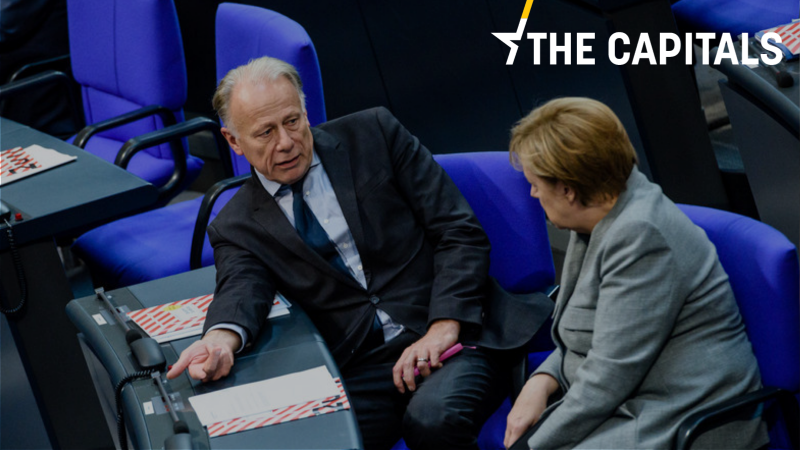 Jürgen Trittin: "In close collaboration with France, the Greens are planning to foster European resilience and to build up European capabilities." [EPA-EFE/JENS SCHLUETER]

The possibility that Germany could emerge from September’s election with a Green chancellor is being eyed with caution at the European level. In an interview with EURACTIV Germany, former German environment minister, Jürgen Trittin, explained the Green approach to Europe.

“A lot of things will change, Europe has to get used to that, no matter who becomes chancellor,” Trittin said, pointing to the “phantom pain” of outgoing Chancellor Angela Merkel’s planned departure after 16 years at the helm of Europe’s largest economy.

Trittin projected what changes may occur at the foreign policy level, the EU stance towards Turkey and Eastern Europe as well as potential collaboration with other German parties to quickly form a government.

In close collaboration with France, the Greens are planning to foster European resilience and build up European capabilities.

“This is less of a military question, Europe is still far away from that, but a question of soft power,” Trittin said, and underlined the importance of Europe becoming more self-reliant, especially in the case of China.

While more European resilience should by no means be seen as a challenge to the US, he said, “Europe has a clear stance: We don’t want isolationism.”

Closer to France on ‘spoiler’ Turkey

The same goes for German foreign policy, which should become more self-confident after Merkel’s departure.

This is especially the case in regard to Turkey, who he called a “spoiler” in Europe’s security policy. Germany should change its course on Turkey and shouldn’t “hide behind the USA all the time,” he said.

“A decision has to be made, and I am convinced, that the Greens are closer to France on this geostrategic issue, than to [Merkel’s ruling conservatives] the CDU,” Trittin said.

He also found clear words on how to work together with other member states. It is one of the main challenges of German European policy to deal with the “paradox of contradictory expectations” by smaller member states. The German approach to Europe can hence not be solely “Western European,” he explained.

However, Trittin also said that Germany has to “speak more plainly about the increasingly authoritarian societies of Poland and Hungary. Especially the nationalistic re-Sovietization of Hungary.”

He also identified the problem of unanimity as one of the key challenges for Europe in order to become more capable of acting.

However, instead of opting for unlikely treaty changes, he said that the EU should aim to become “more capable of acting in the current treaty framework” by using enhanced cooperation.

Due to the unanimity requirement, the veteran Green politician also said that further EU enlargement is unlikely at the moment. While he supports the accession process of the Balkan countries, he stressed that Europe should only start the accession talks if they have a chance to be successful.

“If we can anticipate that it’s not working out, we tarnish the reputation of Europe,” he added.

In regard to possible coalitions after September’s election, Trittin said that the Greens clearly have the most overlap with the Social Democrats (SPD). Latest polls have the Green party on 22%, with the CDU likely to be returned the largest party on 28%.

However, due to the low polling results of the SPD (15%), the Greens would likely have to form a coalition with one of their “political opponents” – like the FDP or the CDU – which “want the complete opposite of what we want in many of the key policy areas,” Trittin emphasised.

However, there is an immense pressure on the German political parties to form a government as fast as possible in order to implement key European policies before French elections will bring Europe to a halt in April 2022.

“This will be pressure that everybody on the negotiation table will feel,” said Trittin. (Oliver Noyan | EURACTIV.de)