How far are you willing to go for coalition, Macron asks opposition 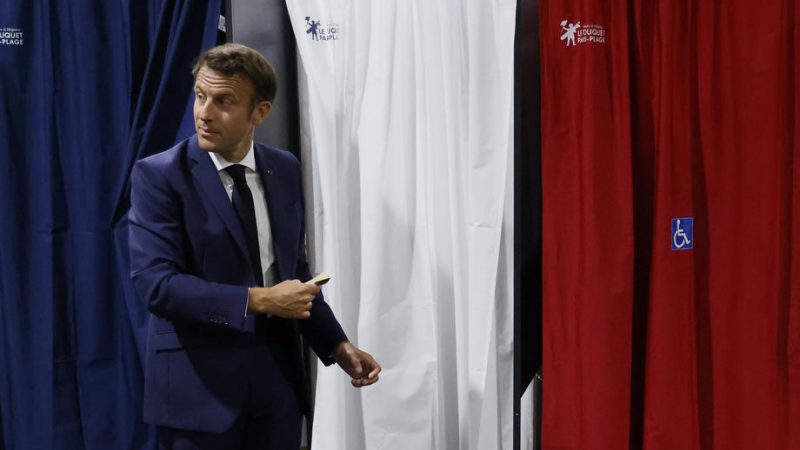 Macron, who spoke for the first time since the elections, acknowledged “the fractures and profound divisions” across the country, and insisted on “collectively learning to govern and legislate differently.” [EPA-EFE/LUDOVIC MARIN]

Opposition parties were called to clarify how far they would be willing to go to build a multi-party coalition by French President Emmanuel Macron in his address to the nation on Wednesday.

Macron, who spoke for the first time since the elections, acknowledged “the fractures and profound divisions” across the country, and insisted on “collectively learning to govern and legislate differently.”

Parties need to show “over the next few days” just how committed they are to working in partnership with the presidential majority “for the interest of the nation,” he added.

However, a national unity government is “at this stage” not justified.

All party leaders in the French parliament agree on the need to avoid political gridlock, Macron added. This comes as Sunday’s election results leave Macron without a majority in parliament and no clear ally to build a “government pact” with.

Macron also made clear it was crucial “not to lose sight” of the ideas and reforms that got him re-elected in April.

He warned that emergency laws would need to pass “over the summer,” especially on purchasing power, energy and the health system.

Macron met party leaders on Tuesday and Wednesday, and all confirmed they were unwilling to join a coalition.

There was no indication of when a new government would be announced.