How to pay off debts in Taliban’s reality: Selling children for $2,000 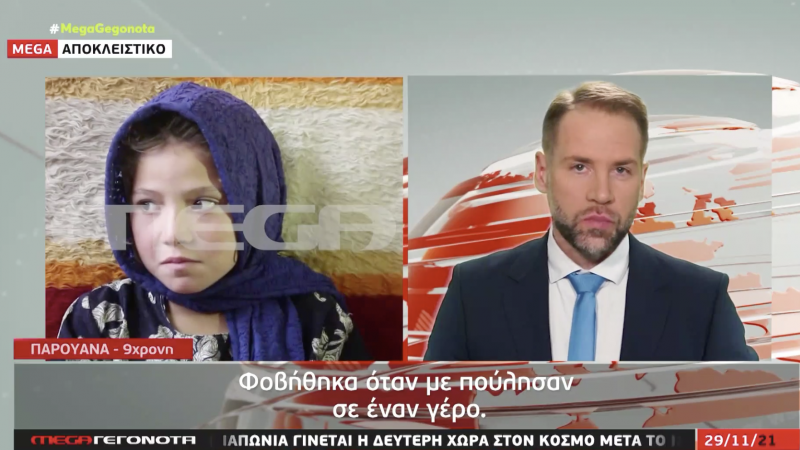 Parwana was forcibly removed from her home after being bought by a 55-year-old man. Her father sold her for $2,000 because he owed money to the buyer. [Photo by MEGA TV - Screenshot]

Parwana Malik, a nine-year-old girl from Afghanistan, was sold to an older man because her father had debts. Thanks to journalists and NGOs, she is now back with her family. While the EU says it has no option other than to talk to the Taliban, her personal story exposes the West’s diplomatic failure.

In an interview with Greece’s Mega TV, she unveiled unnerving details about her ordeal.

Parwana was forcibly removed from her home after being bought by a 55-year-old man. Her father sold her for $2,000 because he owed money to the buyer.

Thanks to journalists and NGOs who revealed the story, an American donor offered $10,000 to pay off her father’s debt to the 55-year-old before he married her or exploited her for other purposes.

Parwana said the man forced her to do housework.

Her father said the main reason that he sold his daughter was hunger.

“I had debts, and no one lent me. The government left us, the foreigners ran away, and now the Taliban have taken power, and we have no one to help us,” he told Mega TV.

He added that if needed, he is willing to sell all his children in the next months.

The EU is currently pressuring the Taliban to create an inclusive government and ensure that girls have equal access to schooling. If EU conditions are met, financing will be unlocked and handed over directly to the Afghan people, not the government.

One response to “How to pay off debts in Taliban’s reality: Selling children for $2,000”