Hungarian doctors ask Orbán not to let kids back to schools 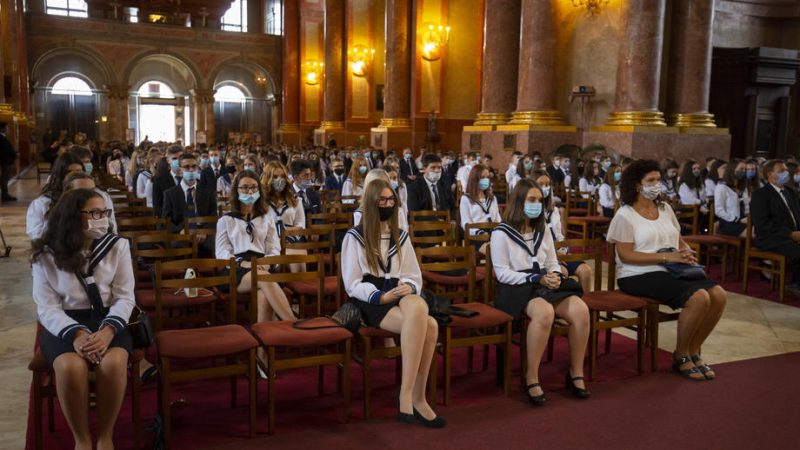 Pupils wear face masks and observe the safe distance among each other to prevent the spread of coronavirus as they attend a mass in the cathedral of Szombathely, Hungary, during the ceremonial opening of the school year of a Roman Catholic grammar school in Szombathely, Hungary, 31 August 2020. [EPA-EFE/GYORGY VARGA]

The presidency of the Hungarian Doctors Union (MOSZ) wrote an open letter to Hungarian Prime Minister Viktor Orbán on Thursday (15 April), asking him to postpone the opening of schools scheduled for next week.

Orbán announced Wednesday (14 April) bars and restaurant terraces will reopen once the number of jabs administered reaches 3.5 million – then standing at around 3.05 million. Nursery schools and primary schools up to 4th grade will open on April 19 while older students will return to schools later.

Meanwhile, Hungary currently has the highest coronavirus death rate in the EU with 27.21 deaths per million 7-day rolling average as of  Thursday (15 April).

“According to epidemiological experts and doctors and health care workers working at the bedside, the serious epidemic situation does not allow for such a further easing of restrictions,” MOSZ wrote, recalling that in an environment of young children it is practically impossible to follow social distancing and hygenic measures.

The British coronavirus variant, currently most widespread in Hungary, can be dangerous for children as well, the Union added.