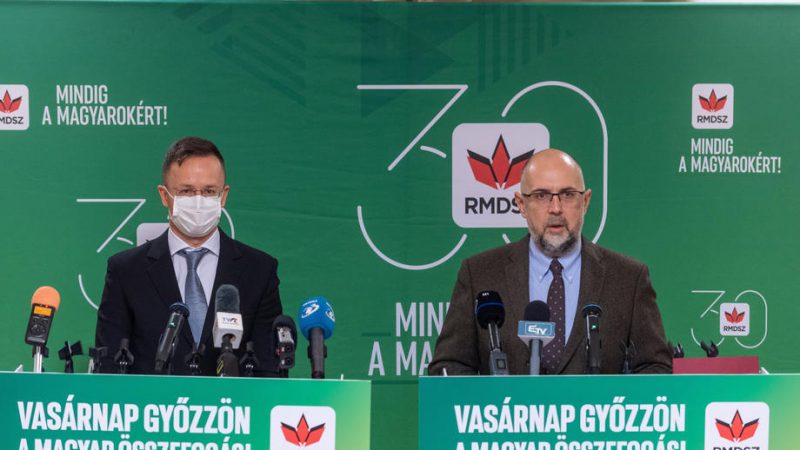 "The help of the Hungarian government is worth much more if Hungarians have a strong representation in Bucharest," Szijjártó reportedly told voters featured in UDMR/RMDSZ’s database in Hungarian over the phone. [EPA-EFE/GABOR KISS]

Hungarian Foreign Minister Péter Szijjártó took part in the political campaign in the run-up to the Romanian parliamentary elections on Sunday on behalf of the Democratic Alliance of Hungarians in Romania party, (UDMR/RMDSZ) hvg.hu reported.

“The help of the Hungarian government is worth much more if Hungarians have a strong representation in Bucharest,” Szijjártó reportedly told voters featured in UDMR/RMDSZ’s database. While he spoke Hungarian over the phone, some of the voters he called did not speak the language, however.

“Election messages (voice, text, email) are legal and normal from someone who is running in Romania! But from a foreign minister of another state??? I don’t think so,” former Romanian Prime Minister Victor Ponta wrote on Facebook on Friday.

According to partial results available early Monday, UDMR/RMDSZ stood at 7,05%.

This is the second accusation of Budapest’s interference in foreign elections in the past two months, after Ukrainian authorities barred Hungarian officials from entering the country for what they said was illegal interference with local elections at the end of October.

Tensions rose after Szijjártó reportedly campaigned on social media for the candidates of the Hungarian Cultural Federation in Transcarpathia (KMKSZ) during Ukrainian municipal elections.