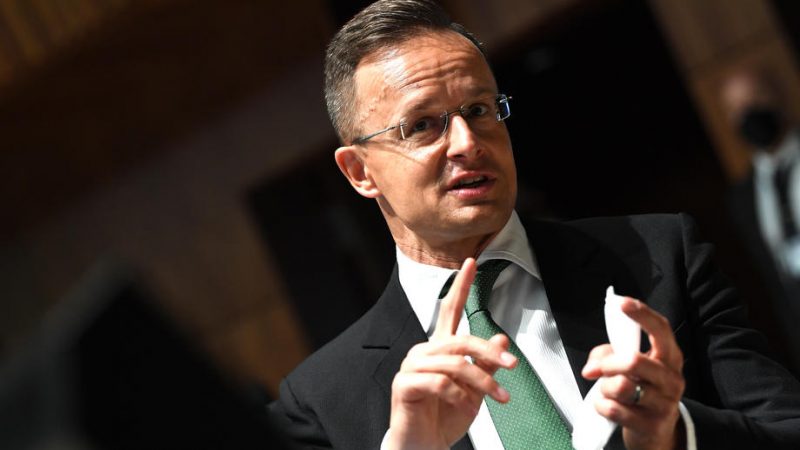 The Hungarian government has no information about the alleged data hacking of some of Hungary’s investigative journalists, wealthy businessmen and local politicians, Foreign Minister Péter Szijjártó told a press conference with his V4 counterparts in Komárom.

János Bánáti, president of the Hungarian bar association, and several other lawyers have also been targeted by the Israeli spy software. “I have no information about this alleged or reported data collection,” Szijjártó said.

He said he had asked the only service he supervises, the Civilian Intelligence Agency Information Office (IO) – whose head had informed him that there was no cooperation with Israeli or other services on this matter – that the software in question was not used and that no agreement had been concluded.

According to Szijjártó, Hungary has the means to control the secret services through governmental and parliamentary means. If the parliamentary national security committee decides that a meeting needs to be called on this matter, the head of the information office will be there to give the same answer. According to him, if the IO’s involvement turns out to be necessary under the law, it will be done and what is possible will be made public.

Since 29 May, 2010, the Hungarian national security services have not conducted and do not conduct illegal surveillance, said Interior Minister Sándor Pintér in reply to independent MP Bernadett Szél’s questions on Monday.

Pintér added that this was also confirmed by the results of the checks carried out and he was ready to answer Szél’s specific questions at a closed session of the parliament’s national security committee.

Justice Minister Judit Varga told Népszava during her trip to Brussels that the secret service in Hungary operates on a professional basis, with decisions made not on the basis of party affiliation or profession. “We live in a world where modern states face an incredible number of dangers. Don’t be ridiculous, every country needs such tools!” she said.

During her visit to Prague, European Commission President Ursula von der Leyen said if the allegations are true, the practice was “totally unacceptable.”