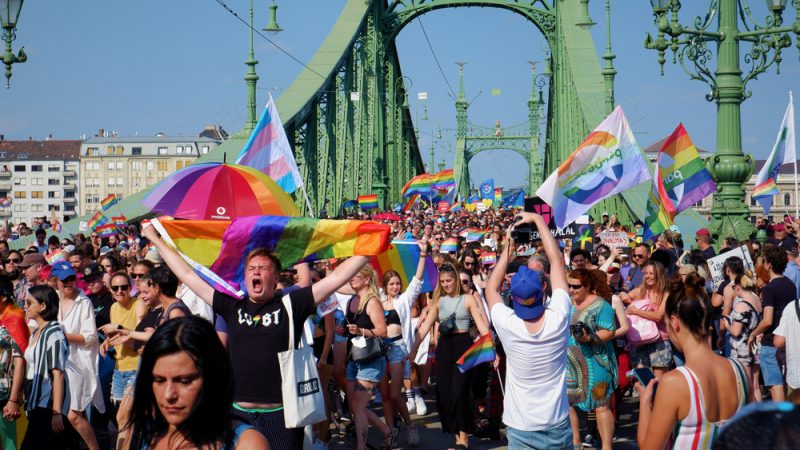 Civil society organisations that campaigned for voting invalidly in the referendum over LGBT-themed education for children, which they claim is homophobic, were fined by the National Election Committee (NVB) in a move they said was meant to silence them, Telex reported.

The government failed to achieve the necessary number of valid votes in the “child protection” referendum held simultaneously with the general elections last week, widely condemned as a thinly veiled attack on Hungary’s LGBT community.

Hungarians were asked to decide if they supported holding information events on sexual orientation to minors in public education institutions without parental consent, the promotion of gender-reassignment treatments to minors, the unrestricted exposure of minors to sexually explicit media content that may influence their development, and showing minors media content on gender-changing procedures.

Of those who cast valid votes, 92.2% rejected the propositions.

National press agency MTI reported on Friday NVB found the referendum campaign cannot be aimed at encouraging invalid voting “because it not only undermines but also breaks the constitutional purpose of the direct exercise of power and the legislative will behind it”.

Accordingly, NVB said these bodies, mostly human rights watchdogs and LGBT-rights organisations, breached the principle of good faith and proper administration of justice by encouraging an invalid vote in the referendum.

The fine “is aimed at silencing the huge community that exercised its right to free expression and democratically defeated the government’s propaganda referendum”, the NGOs wrote in a joint statement.