Hungarian president travels to Warsaw in bid to reinforce relations 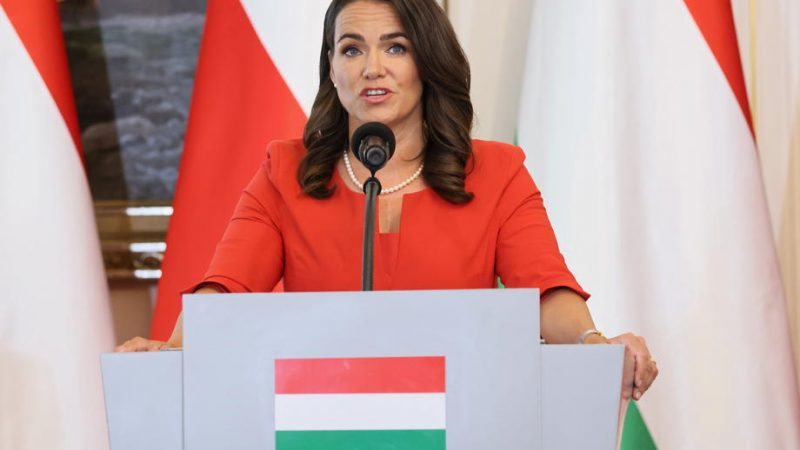 Katalin Novák, Hungary’s newly appointed president, on her first trip abroad to Poland on Tuesday, attempted to reinforce relations as the traditional alliance between Budapest and Warsaw weathers Russia-policy divisions.

After the parliamentary elections on 3 April, re-elected Prime Minister Viktor Orbán broke tradition and instead of making his first visit abroad to Poland, as he has done after every victory since 2010, visited the leader of the Catholic Church and Italy’s far-right Lega leader Matteo Salvini.

Now, after assuming office on 10 May, Hungary’s first female and youngest president to date president travelled to Poland seemingly in a bid to shore up relations between Warsaw and Budapest.

“Polish-Hungarian relations are very good. I am glad that the president, through this visit, emphasises this,” Polish President Andrzej Duda Tweeted.

The traditionally close cooperation between the two capitals has been reeling over different views of Russia’s invasion of Ukraine, where hawkish Poland did not find an ally for its tough stance towards the Kremlin in Hungary.

While Hungary voted in favour of all sanctions packages imposed on Russia so far, it continues to block an EU oil embargo.

In March, Hungary was forced to cancel a Visegrad 4 defence ministers meeting after both Poland and Czechia pulled out over Budapest’s lukewarm support for EU action against Moscow.

While in Warsaw on Tuesday (17 May), Novák condemned Putin’s aggression, Telex reported via hirado.hu.