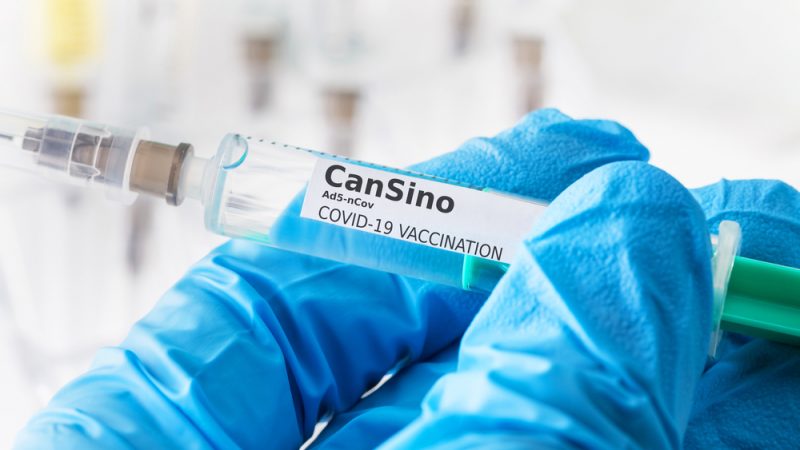 Müller has also announced the authorisation of another vaccine, Covishield, which is the AstraZeneca vaccine manufactured by the Serum Institute of India. [Shutterstock/Tobias Arhelger]

China’s CanSino Biologics announced that its COVID-19 vaccine has received an emergency license in Hungary from the National Institute of Pharmacy and Nutrition (OGYÉI), Reuters reported on Monday, which was later confirmed by Hungary’s chief medical officer, Cecília Müller.

Müller has also announced the authorisation of another vaccine, Covishield, which is the AstraZeneca vaccine manufactured by the Serum Institute of India.

According to Telex, the CanSino vaccine was assessed by Hungary’s drug authority before the Chinese Sinopharm and Russian Sputnik V vaccines were approved, but at the time experts said that not enough information was available about the jab.

The CanSino vaccine was approved for military use in June, but its third phase trials only began in September. As with other Chinese vaccines, the jab was repeatedly criticised by independent experts because the results of third phase clinical trials are not available publicly.

According to Reuters, OGYÉI approved the CanSino jab, called Convidecia, based on these publicly unavailable results.

As previously reported by Telex, this viral vector-based, single-dose vaccine was approved in China in early March. At the time, a Chinese Communist party-owned newspaper wrote that it was 65.7% effective and had a 90.9% chance of preventing more serious illness.

In addition to China, the jab has already received permits in Pakistan and Mexico.

CanSino also reportedly shared the official documentation of the license with English-language newspaper Global Times, also owned by the Communist party. According to the paper, there is no information yet on the quantity Hungary will receive or when the first shipment may arrive. (Vlagyiszlav Makszimov | EURACTIV.com with Telex)