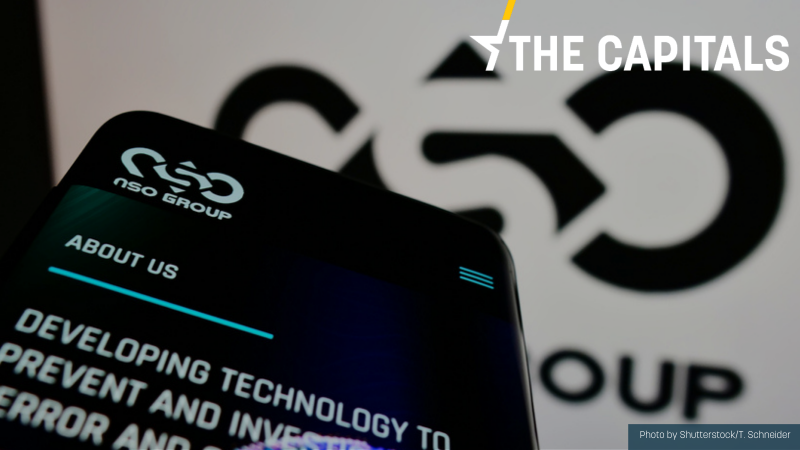 Direkt36 revealed that at the end of 2021, the Hungarian government allegedly hired a Washington lobbyist, George Tucker, linked to NSO. [shutterstock/T. Schneider]

The Hungarian government has allegedly hired a Washington DC lobbyist who is linked to Israeli company NSO Group, the creators of  Pegasus spyware, to prepare for potential US sanctions, Telex reported via Direkt36.

A multinational investigation in which Direkt36 participated revealed last summer that the software was reportedly used to spy on journalists, business people, and local politicians, including those in Hungary.

On Monday, Direkt36 revealed that at the end of 2021, the Hungarian government allegedly hired a Washington lobbyist, George Tucker, linked to NSO.

Hungary’s ministry of foreign affairs and trade (MFA) allegedly contracted Tucker to provide strategic legal advice in the US, paying $500,000 for two months, from November until the end of 2021.

From 2018, Tucker, a British diplomat-turned-lobbyist, has worked in leading positions for Mercury Public Affairs, a PR and lobbying firm that consulted for NSO Group since early 2020.

On 3 November, Washington added NSO to the US Department of Commerce’s blacklist for “engaging in activities that are contrary to the national security or foreign policy interests of the United States”.

On 1 November, two days before the US sanctions against the NSO Group, Mercury Public Affairs (MPA) terminated its lobbying contract with the Israeli firm.

The consultancy has since undergone a reorganisation. The contract in question is between the Hungarian government and a Delaware-based company IGG LLC, created at the time of MPA’s reorganisation but whose ultimate owner is unknown.

On the IGG side, the contract was signed by a colleague of Tucker’s, Duncan McFetrdige. Hungary’s ambassador to Washington, Szabolcs Takács, signed for Budapest.

Neither the consultancy nor the foreign ministry reacted to Direkt36’s questions.

Under Fidesz, the Hungarian government spent millions of dollars lobbying and influencing the US administration, Scott Cullinane, executive director of the US-Europe Alliance, a bipartisan non-profit told Direkt36.

According to Cullinane, it is more likely that this contract is about protecting the Orbán government from potential US sanctions.