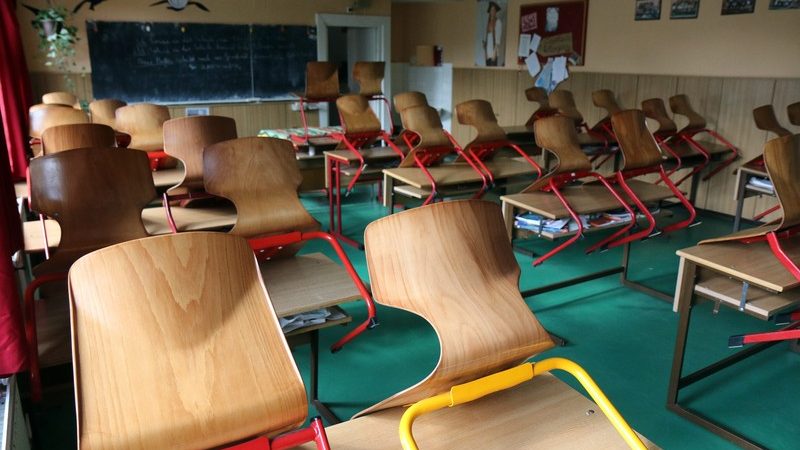 Teachers ask for a 45% increase in pay on top of the 10% offered by the government, and a reduction in their compulsory teaching hours to 22 hours a week. [EPA/JANOS VAJDA]

Teachers, represented by The Teachers’ Trade Union (PSZ) and the Democratic Trade Union of Teachers (PDSZ), argued that the decree violates the principle of necessity and proportionality and the teachers’ right to strike, Hungary Today has reported.

The decree, issued on 11 February, requires teachers to provide minimum services due to the emergency situation.

These services include mandatory childcare during working days affected by the strike and regular classes for secondary school students preparing for graduation. On top of this, children cannot be grouped with other classes.

In their appeal to the Constitutional Court, teachers argue that striking becomes meaningless if these minimum services are the same as those provided during a normal school schedule.

On Wednesday (23 February), around 200 secondary school teachers gathered in front of ELTE University Law faculty in Budapest to contest the government’s move.

Meanwhile, hundreds of teachers continue to participate in “civil disobedience” demonstrations outside the capital.

Due to low wages and overwork, teachers in Hungary were already protesting against the government’s measures before the decree.

In January, 50,000 teachers took part in a strike demanding a pay rise and a halt to the government policy of sending unvaccinated teachers on unpaid leave.